The Flying of Eagles have qualified for the second round of the FIFA U-20 World Cup Ploand 2019 after forcing Ukraine to a 1-1 draw in the last group match played tonight at the Bielsko-Biala Stadium. 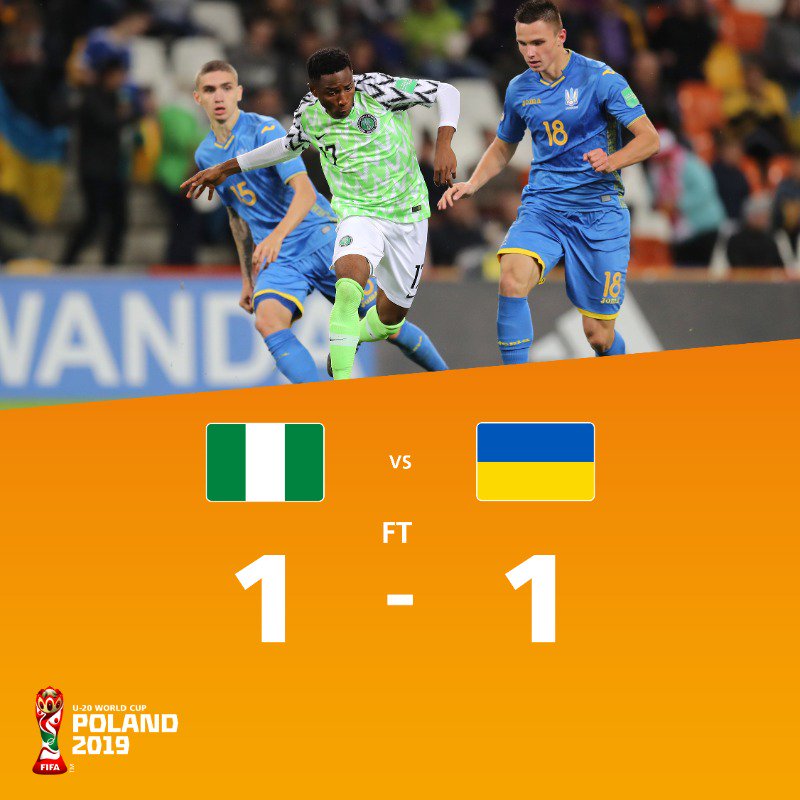 Employing their tried-and-true strategy of congesting the middle with three central defenders, Ukraine frustrated the Flying Eagles attack for much of the first half. Danylo Sikan headed home from close range in the 30th minute to give Ukraine a 1-0 lead.

Goalkeeper Andriy Lunin denied Muhamed Tijani’s penalty seconds before half-time, but could not duplicate the feat when Tijani earned another spot-kick in the 47th minute. After VAR confirmed that Denys Popov handled

Tijani’s shot on goal, the Nigerian forward fired past Lunin to ensure the two sides shared the spoils.

Already guaranteed a place in the knockout stage, the result earned the Ukrainians top spot in Group D with seven points. A superior goal difference means Nigeria will also continue their World Cup expedition, taking four points from three matches and finishing third in the group.

Iwobi’s goal was a masterclass–Lineker