Nigeria, 53 others for 2019 African Beach Games 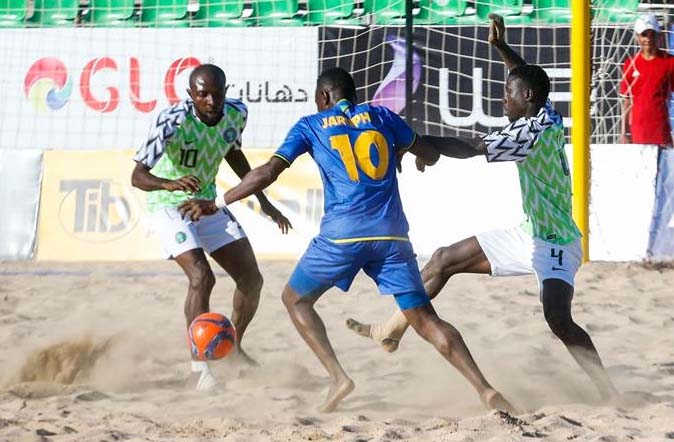 A total number of 54 countries, including Nigeria, will participate at the inaugural African Beach Games which will take place on the island of Sal, Cape Verde from 14 – 23 June 2019.

Sportinglife.ng reports that the event was awarded to Sal island on the Atlantic archipelago at the Association of National Olympic Committees of Africa General Assembly in Djibouti in May 2017.

In a chat with Sportinglife.ng, Craven said the competition, which will feature over 1000 athletes and 500 officials, will provide additional opportunities for federations to expand their roles by incorporating and starting new initiatives which offers potential athletes new experience and challenge.

“Just like the All Africa Games and the Africa Youth Games, this is a new game. The idea is to give the young African elite athletes the platform to participate in some of the new and exciting sports like Kiteboard, coastal rowing, freestyle football and traditional beach sports like volleyball, soccer handball

“We are giving these opportunities to the athletes because one of the major obstacles Africa athletes face is the lack of opportunities.

“It’s to create a new horizon just like our slogan. Not just for Cape Verde but for Africa athletes. It’s a new sport that no one has dominated, so let’s give the athletes the chance to dominate,” Craven told Sportinglife.ng.

The event will be staged at Santa Maria Beach Park and athletes will be accommodated at the 5-star all-inclusive resort of Sol Dunas Hotel.

For these inaugural games, the organisers have adopted the Creole word ‘Kretxeu’ which means loved-one. Kretxeu is a yellow loggerhead turtle wearing blue shorts. Cape Verde is famous for its turtles that nest in the sands on the islands.