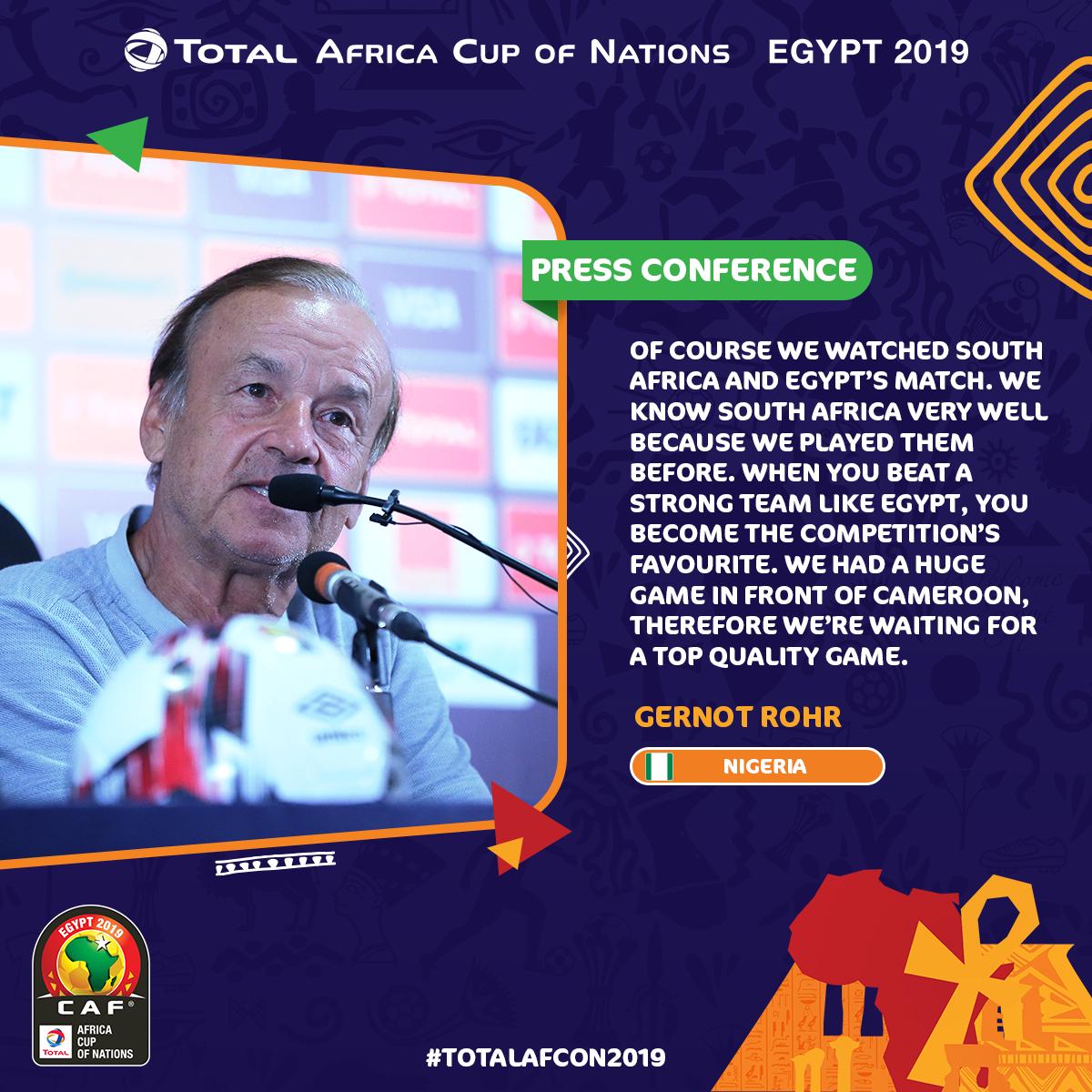 Not less than 10 players were down with injury and sickness before Super Eagles started their campaign in the tournament in Egypt.
Super Eagles defender Shehu Abdullahi was stretched off in Nigeria’s first Group B match against Burundi in Alexandria Stadium.
The Bursaspor defender right full-back sustained an injury in the 42nd minute after he pulled a hamstring and was substituted for Chidozie Awaziem.
The team’s captain John Obi Mikel picked up a knee injury in Super Eagles’ Group B  final game against Madagascar in Alexandria.
Jamilu has not played any game in Egypt while Shehu and Mikel had initially been reported to be ruled out of the tournament.
But Rohr revealed at the pre-press match conference at the Cairo Stadium on Wednesday that all his 23 players would be available for selection for today’s game.
“We are better from match to match now. I think now, our offensive department are at a high level now. We had players who were injured, players who played more matches, fasting and sick. The preparation was not easy but now, for the first time, at the training session (yesterday) Monday evening, we had 23 players participated.

Everybody is fit now and it will be very difficult for me to do the team list,” Rohr said.