The Golden Eaglets of Nigeria 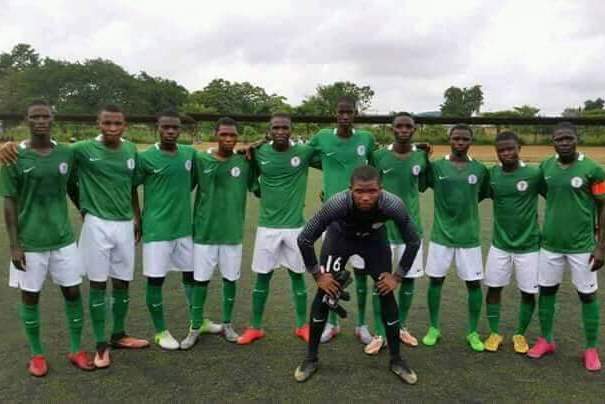 will be slugging it out on Monday by 4 p .m. local time with Burkina Faso as West African Football Union (WAFU) B qualifiers gets underway in Niger Republic

The WAFU qualifiers is for qualification to the U-17 African Cup of Nations (AFCON) to hold in Tanzania which is a qualifying finale for U-17 World Cup tagged Peru 2019.

The Coach Manu Garba-led boys would contend with two opponents in their group because of the disqualification of Benin Republic.

However, Nigeria is left with Cote d’ Voire and Burkina Faso in the Group.

According to Mohammed Sanusi, General Secretary of the Nigeria Football Federation (NFF), is upbeat the Golden Eaglets will defeate Burkina Faso in the their first match later today.

According to Sanusi the lads were battle ready to crush any opponent in West Africa.

He said they were well prepared to rekindle the glory of Nigeria in the U-17 category of global football.

“We should be prayerful because tactically our boys are good to go; therefore, what we need now is just God’s intervention,” the federation scribe said.

A new format approved for the competition at the CAF Extra-Ordinary General Assembly which took place in Rabat 13 months ago means countries in each regional bloc gather in one country within the bloc to play a qualifying tournament, as against the old format of home-and-away qualifying series.

Only the winning team from each of the blocs (apart from the bloc of the defending champions that will produce two teams) will qualify for the final tournament, slated for Tanzania next year.