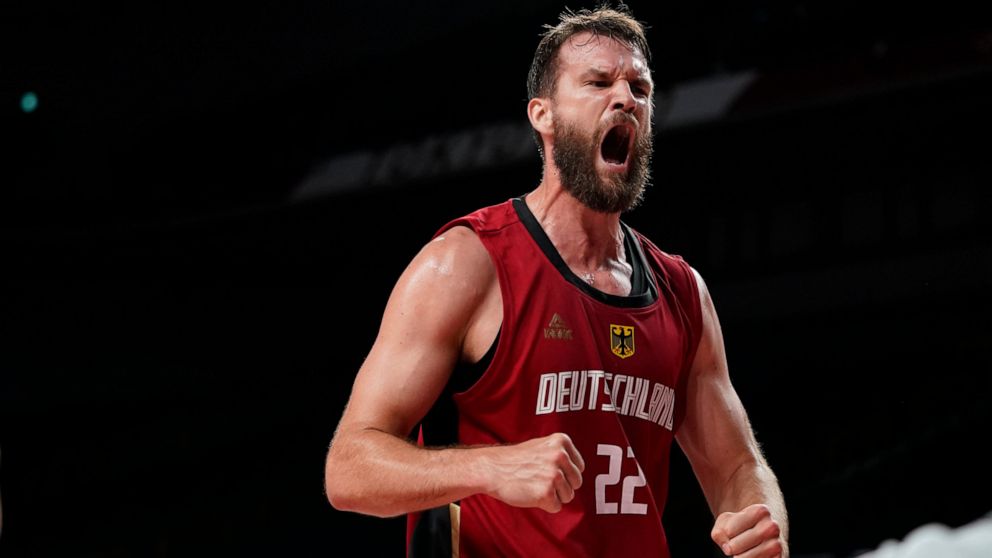 Germany’s Danilo Barthel (22) celebrates after making a basket and was fouled during men’s basketball preliminary round game against Nigeria at the 2020 Summer Olympics, Wednesday

Barthel was subbed in after Wagner got his fourth foul late in the third quarter — and made a big impact. He was 4 for 4 from the field in the final period, including the basket that started the 14-0 run that broke an 81-81 tie and put the Germans on top for good. 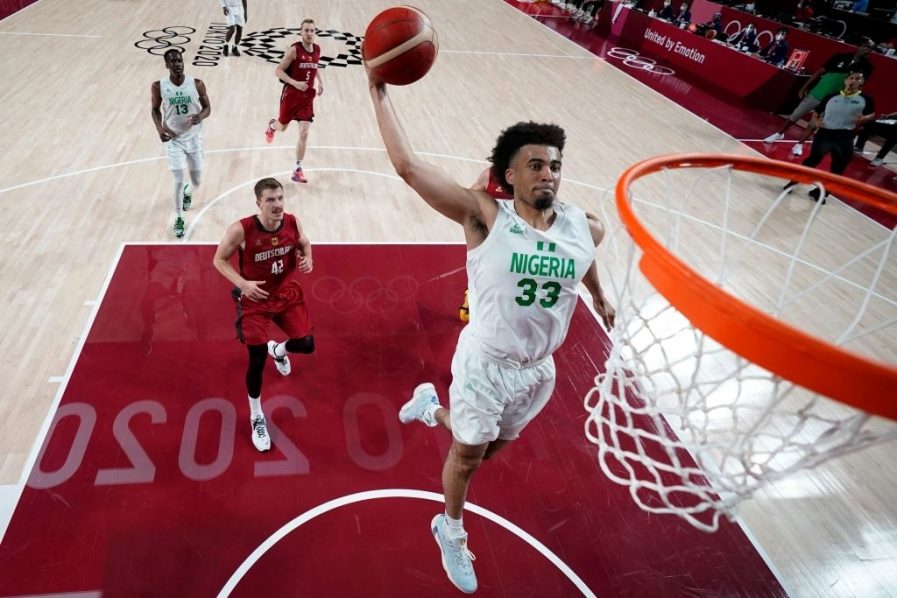 Nigeria’s Jordan Nwora goes to the basket in the men’s preliminary round Group B basketball match between Nigeria’s D’Tigers and Germany during the Tokyo 2020 Olympic Games on July 28, 2021. Photo: AFP

And then it was Nigeria’s turn to grab and cede control; a 16-5 run to open the second half put the D’Tigers up 11, but Niels Giffey’s 3-pointer rattled in as the third-quarter horn sounded and sent the teams in the final period tied at 74.

The lead changed hands five times in the opening minutes of the final quarter, before Germany put together the decisive run and wound up taking a big step toward qualifying for next week’s knockout stage.

Both teams will finish their round-robin Group B schedules on Saturday. Nigeria battle Italy, and Germany take on Australia.