Newly appointed Technical Adviser of Nasarawa United Football Club, Bala Nikyu has promised to secure a continental ticket at the end of the 2019 Nigeria Professional Football League (NPFL) season which got underway on Sunday with the hosting of Abia Warriors football club at Lafia Township Stadium. 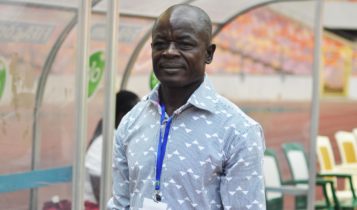 The former Nigeria’s U-17 Women National Team coach while speaking with Sportinglife,ng immediately after his appointment, said his appointment was a surprise to him, but having accepted the offer, his mission is to fight for a place in the CAF continental competitions.

Speaking further , the coach said that this year’s premier league will be difficult because of the abridged format as every club in the group will fight to be among the top 4 and avoid relegation at the end of the season.

” I know the solid miners are solid in the terms of players and management. All we need is to work hard and take our advantages whenever it comes. Secondly I am not new in club football. I have the experience and know how to motivate my players to give their all for good result,” said Nikyu

He also expressed joy that after six months the NPFL has finally commenced .