Nine out of 10 would say Ramos handball a penalty – Koeman

Barcelona coach Ronald Koeman said he is still confused by the handball rule in Spain after rivals Real Madrid were spared a penalty when Sergio Ramos struck the ball with his arm in Sunday’s 3-1 win at Eibar.

Eibar coach Jose Luis Mendilibar raged against the decision, which was not reviewed by the referee, and even Real Madrid defender Dani Carvajal said players do still not understand why certain handball offences are punished and others are not.

“I don’t understand the handball rules, if you ask 10 people if yesterday’s incident was a penalty, nine would say yes,” Koeman told a news conference ahead of Tuesday’s visit to Real Valladolid in La Liga.

“I don’t understand the criteria of VAR, there are certain things I just cannot understand. Everyone has their right to an opinion and for me yesterday’s incident was a penalty.”

Barca were denied a third consecutive league win of the season in Saturday’s 2-2 draw at home to Valencia and head to Valladolid looking for their first away win of the campaign since beating Celta Vigo on October 1.

Koeman said his side must pay equal attention to defence as attack and should iron out the lapses in concentration that have cost them dear in recent matches.

“It’s important we play with more consistency and that we play better with the ball than against Valencia and do better without it,” he said. 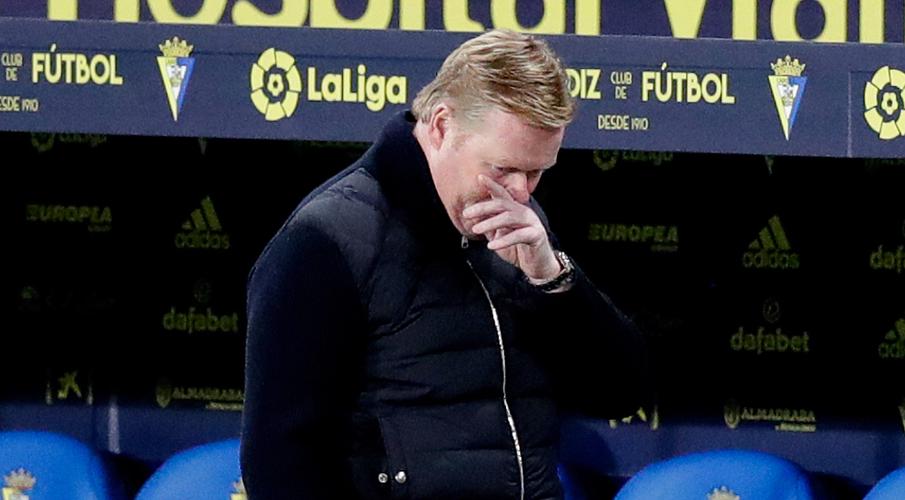 Read Also: Guardiola rules out new striker for City due to Covid impact

Koeman had criticised his side for a lack of maturity in the draw with Valencia. However, he reiterated the team were in a period of transition due to losing experienced players in the summer and replacing them with youngsters.

“We’ve changed lots of things and now we have more young players, which means we risk being more inconsistent. Things are looking good for the future, but when you’re at Barca you need to win matches and trophies,” he said.

Leverkusen’s Bender twins to retire at end of season

Leroy Sane regrets back tattoo way back while at Man City

Leroy Sane regrets back tattoo way back while at Man City