No big player in Eagles – Rohr 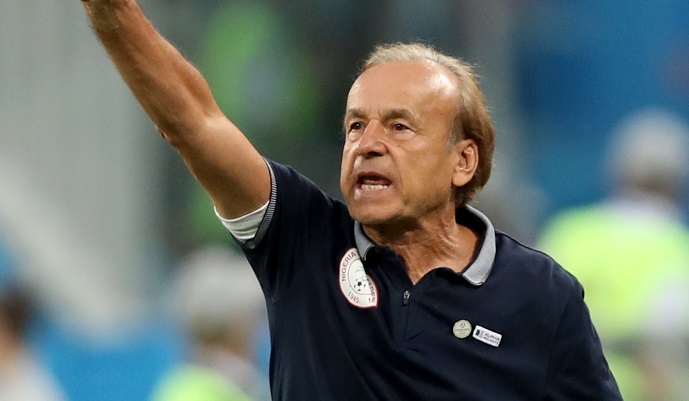 Super Eagles Coach, Genort Rohr has played down expectations of winning the 2019 Africa Cup of Nations (AFCON) as he rates Egypt and Senegal favourites, saying he has ‘no big players’ in the team.

The German suggested that the three-time Africa champions are underdogs ahead of the historic event – as it will be the first time 24 teams will compete for Africa’s biggest football prize.

During an exclusive interview with Nigerian journalist, Osasu Obayiuwana published via twitter, Rohr explained: “We start our preparations on June 2nd and I think that if all things go well, we will have a good tournament. We must, however, respect every opponent. There is no small team now.

“As Sepp Herberger, the coach that won the 1954 @FIFAWorldCup for @DFB_Team “The most difficult game is always the next one ahead of us.”

Rohr continues: “I have a young @NGSuperEagles team, full of potential, but we are not the favourite for the AFCON. We don’t have big players, like Senegal and Egypt, so the @NGSuperEagles must work collectively as a team. This is where our strength lies.”

Nigeria won Group E with 13 points during the qualifier, South Africa earned 12points to finish second while Libya gathered seven points in third place and Seychelles were bottom with a point.