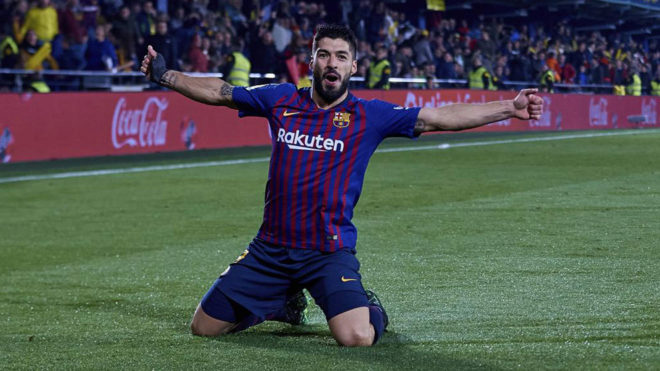 Luis Suarez has made clear that despite how grateful he is to his former club, he is not ready for friendships on the pitch with any player from the England club especially during this week champions League clash.

The Merseyside club will visit the Camp Nou on Wednesday for the first leg of the semi-final which will see the Suarez take on his former side in a competitive fixture for the first time since he left Anfield.

“I’m massively grateful to Liverpool, but on the pitch, there are no friendships,” Suarez explained in an interview with the Daily Mail.

“In the build up to the game it’s nice to talk about it.

“Liverpool gave me a lot, but I will have no thought for all the nice moments once I’m on the pitch.”

With Liverpool in a position to challenge for the Premier League crown, it’s worth remembering the 2013/14 season when a Suarez-led team spectacularly collapsed in the face of ending the team’s wait for the championship.

The memorable image from that is Suarez’s tears after the Reds surrendered a 3-0 lead away to Crystal Palace, and the painful memories remain for the Salto born goalscorer.

“We weren’t always able to handle those difficult moments, what happened with Stevie [Gerrard] was bad luck,” Suarez admitted.

“Also, against Crystal Palace, we should have said ‘let’s play calmly, we’re 3-0 up and Manchester City have to play in midweek’, but we had that anxiety.

“We had an urge to score more goals and went forward even though we were winning 3-0, thinking we could win the title on goal difference, we made the mistake of being, let’s say, too young.”

With Barcelona having prioritised winning the Champions League this season after years of Real Madrid dominance, Lionel Messi was even seen promising the trophy to supporters in August, something which Suarez remembers fondly.

“No, I don’t know [he would say it], we joked with him afterwards that now he’s said it, he has to make it happen,” he confirmed.

“We’re good teammates and friends, there has always been a mutual respect between us though.

“The nice thing for all of us working in football right now is that we’re getting to experience and enjoy it [Messi’s career].”