Enyimba put up their best performance of the season to beat RiversUnited 2-0 at the Enyimba International Stadium, Aba to race to fourth in the NPFL Group A with seven points from five games on Sunday. 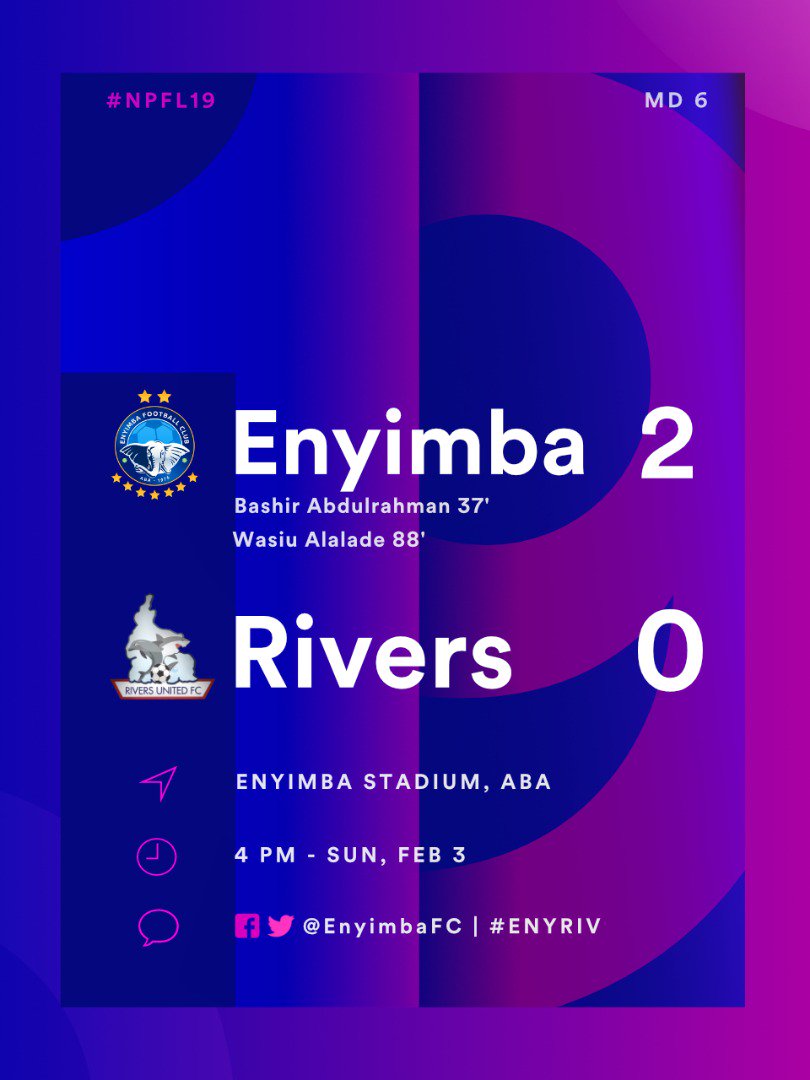 The People’s Elephant drew the first blood in the 37th minute throughAbdulrahman Bashir before Wasiu Alalade clinched the points with the second goal in the 87th minute to break the resistance of the Pride of Rivers who had boasted ahead of the tie that they would pick at least a draw from the encounter. Due to the defeat, Rivers United fell to third in the group with eight points from five games.

The Owena Whales had a frenetic start with Fuad Ekelojouti scoring the first goal in the second minute but the Sky Blue Stars drew level three minutes later through Bright Akpojuvwevwo. Kabiru Dogo’s men gottheir lead back in the 57th minute through Alaba Adeniyi.

Sunshine who are still unbeaten after four games are now second in the NPFL Group A with eight points.
Katsina United and MFM also recorded home wins against Niger Tornadoes and Wikki Tourists. The Chanji Boys welcome the return of their coach, Abdullahi Biffo to the dugout with a 3-1 win over the Ikon Allah Boys through the goals of Martin Usule in the 13th minute and a double from Tasiu Lawal in the 51st and 67th minutes while Eric Frimpong reduced the arrears with a late penalty kick strike for the visitors.

Chijioke Akuneto scored the only goal of the game in the 69th minute for the Olukoya Boys to return the Fidelis Ilechukwu tutored side back to the top of the NPFL Group A with nine points from five matches.