NPFL: Rangers beat Katsina United to climb to second in Group B 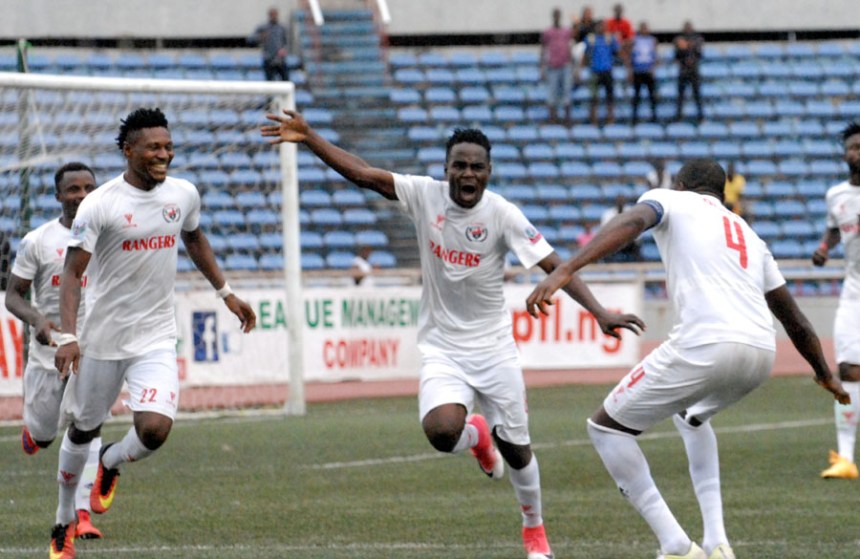 Rangers started the match on a good note when Pascal Seka opened scoring in the 16th minute, after visiting goalkeeper Ikechukwu Ezenwa pushed a shot from Ifeanyi George into his path.

Rangers were however made to work extra hard after Roland Koffi was sent off in the 64th minute.

Katsina United also have Ezenwa to thank for his numerous saves in the first 45 minutes, coupled with lots of begging chances missed by the home club.

The victory meant Rangers climbed to second in their group with 21 points.

Speaking after the match, Rangers’ coach Olugbenga Ogunbote said he was a fulfilled person with the result as the three points were all they needed.

He said the club would keep fighting for points at away to bolster the points’ haul at home.

“We have played three matches away and got three points, and a point from an away match is not a bad result.’’

The coach however said he was always out looking for the maximum three points in every match and a draw at away was always a good alternative.

“As for our home matches, we will do our best to continue winning, because at the end of the league it will all come to count,” Ogunbote said.

The News Agency of Nigeria (NAN) reports that MFM FC of Lagos lead the league’s Group A with 23 points from 14 matches.

However, Rangers are second with 21 points from 10 matches.