The best female players across the country will be aiming for ranking points as well as the N600,000 prize money at stake as the maiden Nigeria Table Tennis Federation (NTTF) National Women Singles Open Championship serves off on Friday, June 28, at the Molade Okoya-Thomas Hall of Teslim Balogun Stadium.

The two-day tournament will be used to rate the players while the winner will go home with N200,000 for her efforts.

Already, the players have used the just concluded All African Games trials as a warm-up for the championship sponsored by the President of NTTF, Eng Ishaku Tikon. 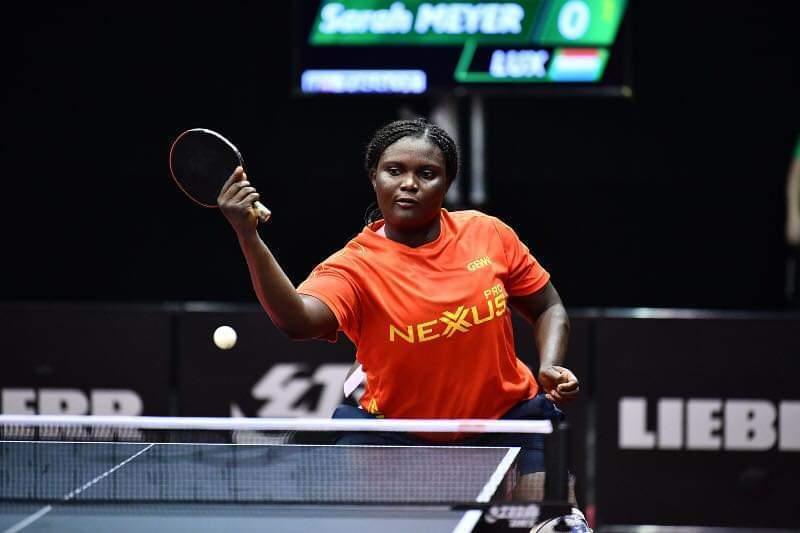 Southpaw Fatimo Bello defied all odds to humble the likes of Cecilia Otu-Akpan and national sports festival champion, Ajoke Ojomu to emerge as champion at the All Africa Games trial and all eyes will be on the Lagos State-born athlete who is yet to feature for the national team since her emergence in the last two years.

Pained by the defeat she suffered against Fatimo Bello in the final of the All African Games trial, Abuja-based Ajoke Ojomu will be hoping to re-enact the form that saw her claiming the National Sports Festival at the expense of veteran Cecilia Otu-Akpan.

All participating players are to have a valid NTTF License to be able to compete in the championship.

For NTTF President, Engr Ishaku Tikon, the trial has been an eye-opener for the federation and a dress rehearsal for the women singles tournament.

“Already several tournaments are lined up for this year in Africa and we cannot afford to play second fiddle in such competition and that is why we have decided to focus on the female players so that we can raise their standard in the game. The first step is to identify the talented ones among them before exposing them to world-class coaching and tournaments. We are expecting players at junior and senior levels to be part of the competition and we will ensure that the identified ones are groomed to become world beaters just like their male counterparts,” Tikon said.

The NTTF boss added: “Also in the past, Nigeria used to dominate the female event in Africa but now Egypt and other North African teams are coming up, so there is need to close the gap and that is why this tournament is very important to us.”

The tournament according to NTTF would serve as a selection of the team for major events while players within and outside Nigeria are expected to be part of the championship.