Super Eagles handler Gernot Rohr has confirmed that FC Porto of Portugal’s attacking midfielder Kelechi
Nwakali would start today’s International friendly match against the senior national football team of
Liberia in Monrovia.
The Coach told Sporting Life from Monrovia yesterday that he would like to see the former Golden
Eaglets star from the start of the match and maybe to the end of the game. 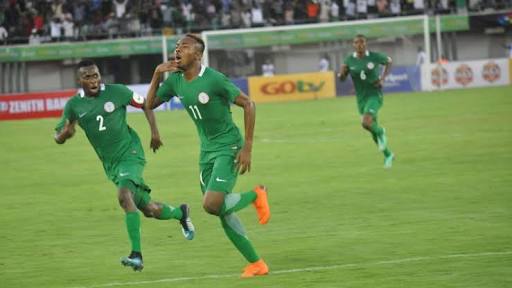 He also confirmed that FC Bordeaux of France wing attacker Samuel Kalu would be involved in the game
from the beginning of the match while Semi Ajayi of Rotherdam United, England who had a 17 minute cameo
in the match as Seychelles would be on from the start of the game.
This time around AC Chuevo Verona of Italy midfielder Joel Obi would command the midfield with
enterprising Nwakali from the beginning of the match.
The other player that would be on from the start of the match is Enyimba Football Club goalkeeper
Ikechukwu Ezenwa while Chippa United Goalkeeper would start the second half of the match.
SC Paderborn 07of Germany’s defender Jamiu Collins who had a small leg ijury that prevented him from
starting the natch against Seychelles would be on from the blast of the whistle of the referee while
Cotone FC f Italy forward Simeon Nwankwo will lead the attack of the Eagles in today’s cracker against
host Liberia.
Rohr however promised a good match against host Liberia despite having jet lag that may slow down his
players physically in today’s match.
“We will definitely give the host team a good match despite flying for 23 hours from Seychelles enroute
Dubai and Lagos to Monrovia’. Rohr disclosed. Kick off time is 7pm.

Swim if you can to stay healthy declares Christine Lagarde