MVV Maastricht of Holland player Kelechi Nwakali appears to have won the heart of Super Eagles technical adviser Gernot Rohr with his performance for the Super Eagles Team B against Atletico Madrid on Tuesday in an international friendly in Uyo, the Akwa Ibom capital. 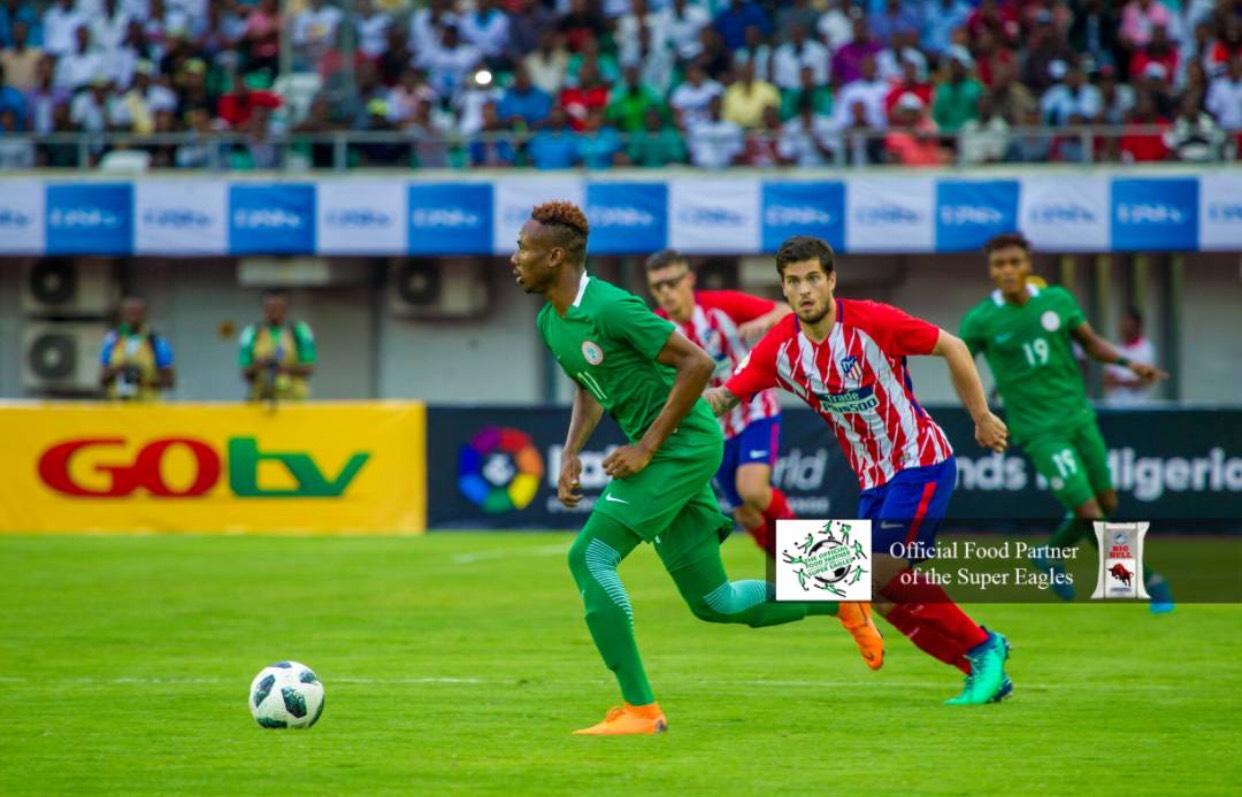 The 19-year- old who is on loan from Premier League side Arsenal capped his outing with a spectacular goal in the 32nd minute to justify why he should have been included in the 30-man provisional list ahead of the FIFA World Cup.

As Nwakali and his teammates were celebrating, Rohr was spotted by the cameras in the stands nodding his head which signified that he was impressed.

The Eagles’ coach watched the match with close associate Tunde Adelakun and with the Super Eagles players that have reported to camp for next Monday’s international friendly against Congo DR in Portharcourt, the Rivers State capital.

Tuesday’s friendly has  however given Rohr an opportunity to know the players that could be considered  ahead of the 2019 Africa Cup of Nations qualifiers in September.