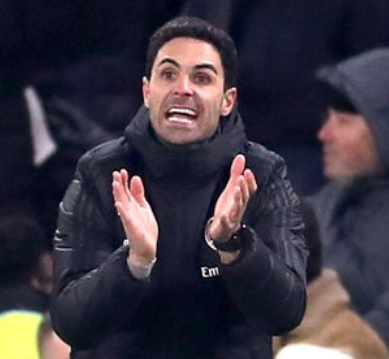 However, the two-time African Footballer of the Year has charged the former Man City assistant coach to find a way to get his men to convert draws to wins.

Since Arteta took complete reins at the Emirates on Boxing Day last year, the Gunners have only won one Premier League match, a 2-0 defeat of Manchester United.

Remarkably, though, Arteta’s men have lost just a single league game since as well, a 2-1 home loss to Frank Lampard’s Chelsea.

Five other matches have ended in a draw, with the north Londoners sitting 11th on the log with 31 points from 25 games.

While Kanu sees room for improvement, the former Super Eagles skipper is convinced that Arteta should be applauded for bringing stability back to the Arsenal results.

“So far, so good, I don’t think he (Arteta) is doing badly. Everybody loves him, and he is trying to organise the team and also impose his own system,” Kanu told Goal.

“It’s always difficult when a new manager comes in because you want them (the players) to follow you in whatever you want to do.

“Sometimes some players might not understand what you are doing, and if you are lucky, everybody will be in the same direction.

“If you look at the games they have played so far, there have been a lot of draws which I think is making the team steady and when he gets things rights, the results will come.

“Whoever knows the Premier League knows that every team wants to win.

“Knowing where Arsenal are now and where they are coming from, a draw is better than losing games; however, the team must do better.”

Arsenal take on Newcastle on Sunday, and victory over Steve Bruce’s men will see them overtake Burnley in 10th position.