Southampton striker Michael Obafemi will miss the rest of the season with an injury manager Ralph Hasenhuttl fears could wreck his career. 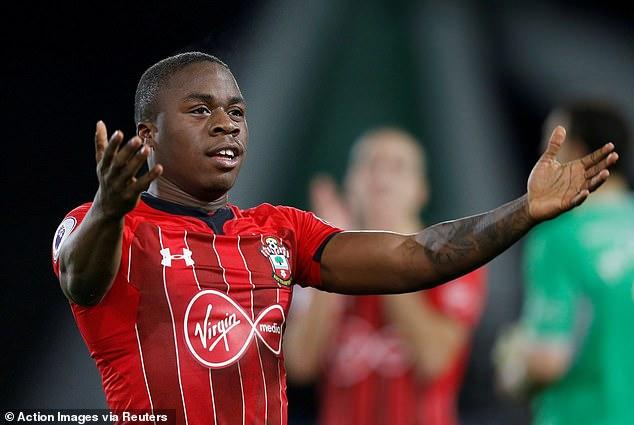 The 18-year-old Republic of Ireland international suffered a recurrence of a hamstring injury just 20 minutes into his comeback as a substitute against Arsenal on Sunday.

Obafemi had only just returned after two months out with a similar problem, and Hasenhuttl described his latest setback as ‘a disaster’.

At his press conference ahead of Wednesday night’s clash with Fulham, Hasenhuttl said: ‘We have a big injury with Michael. We took a long time to let him play again, we didn’t let him start.

‘But it’s completely different from training to when you play in the Premier League, the intensity is different. It’s a big blow. Until the end of the season, he will not play.

‘The worst thing is for himself. A big injury, at this age when you want to play, you want to get experience, you want to make the next step in your development, it doesn’t help him a lot for the future.

‘It’s a big problem for his career of playing professional football. We can find solutions but for him it is a disaster.

‘He was down, that’s for sure. We need to take him in our arms a little bit because for a young player it’s the worst that can happen.’

I prefer more-attacking positions for myself, says…