Nigerian legend, Segun Odegbami, has expressed the concern that Nigeria may not produce another striker as prolific as Rashidi Yekini because there are no proper structures in place to yield such. 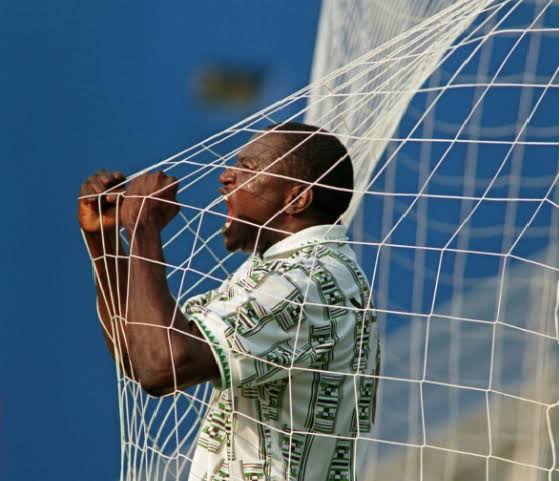 Odegbami was the star when Nigeria claimed her first African triumph, scoring three goals and picking the highest goal scorer award. He ended his career as the national team’s best finisher after netting 22 goals.

His record stood for over a decade before a certain Yekini emerged on the scene. Unstoppable, unpredictable, and effective, the former Vitoria de Setubal star led Nigeria to her second AFCON glory in 1994 and her first appearance at the FIFA World Cup.

It was only fitting he scored the Super Eagles’ first-ever goal at the Mundial in a 3-0 defeat of Bulgaria at USA ’94.

By the time the 1993 African Footballer of the Year hanged his boots, he had scored 37 times to climb above Odegbami on the scorer’s chart.

Many Nigerian strikers, including Obafemi Martins, Victor Agali, Yakubu Aiyegbeni, and Nwankwo Kanu, have all aimed at that scoring record, but all have missed.

Lille’s Victor Osimhen is the man presently being hailed as the man to chase down Yekini’s feat after netting four goals in his last four games for Gernot Rohr’s men.

But Odegbami is not sure if anyone present or in the future can ever go close because the system does not favour them.

“Yes, we can have another Rashidi Yekini, but unfortunately the environment will not allow it,” Odegbami told This Day in response to a question asking if Nigeria can see another Yekini.

“Nigeria is filled with an abundance of talents waiting to be discovered, but unfortunately, we operate a system that doesn’t encourage good grassroots sports development, not just football alone.

“Where did Rashidi Yekini come from? Nobody knew him until we brought him to Ibadan from Kaduna. The system then was good for talents to flourish but not anymore.”