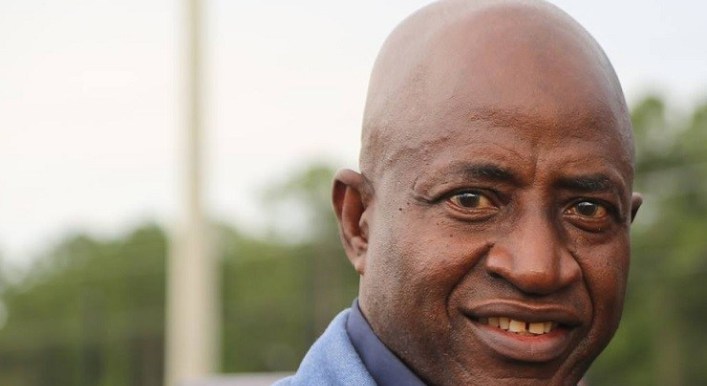 He made the call on Wednesday during the Best Ogedegbe Memorial Lecture held at Government College Hall in Ibadan.

The News Agency of Nigeria (NAN) reports that the event was organised by Sports Writers’ Association of Nigeria (SWAN), Oyo State Chapter in conjunction with Best Ogedegbe family.

NAN reports that the late Ogedegbe manned the goal post for Nigeria’s senior national soccer team, then known as the Green Eagles when they won the African Cup of Nations for the first time in 1980.

The legendary goalkeeper died on Sept. 28, 2009, at the age of 55, following eye surgery which made him fall into coma.

Odegbami called on Gov. Seyi Makinde to secure the return of Obafemi Awolowo Stadium to Oyo State Government towards converting it into the home of the biggest football club in Africa.

“Let the stadium be converted into the home of the biggest football club in Africa at a time. The club that represents the movement of the Yoruba people is located in Ibadan which is called Shooting Stars, not 3SC then.

Odegbami, who decried the degradation in the sports sector, said the need to get the right people who have experience and qualifications to take charge of the sector.

“Politicians have erroneously misinformed government all over this country that government does not need to spend money on sports,” Odegbami lamented.

He said that it was the statutory responsibility of the government to take care of their own sports, particularly at the developmental level.

The ex-international also begged Makinde to look into Shooting Stars and transform it into that movement again for Ibadan, Oyo State, and Yoruba race.

Also, former Sen. Shehu Sanni of Kaduna South Senatorial District said that ex-players needed to be paid for their services to the country to make sports more attractive.

“The sports sector needs funding from government and the private sector. You can’t be preparing for the Olympics when it is simply two to three months to the Olympics. You will get nothing,” he said.

He said there was the need to inaugurate a Sports Advisory Council to be inhabited by those who have represented the country in their lives.

“We have seen great men who served this country like Mudashiru Lawal, Rashidi Yekini, Okwaraji, Aloysius Ochebu. Many of these people who worked tirelessly to bring glory to our country, but in the last phase of their lives abandoned.

“Right now, we also have many who have played for Green Eagles and Super Eagles who have brought joy to our country and are suffering. Unfortunately, nothing is done about them,” Sanni said.

Ex-Olympic champion, Prof. Lee Evans, regretted why athletes in the country had to suffer, calling on the private sector to be involved in the development of talents for the country.

“Where I come from, it is not the government who gives money to sports, it is the lot of people around you. It is the university that trained me. It is through education that I became an Olympic champion.

“Nigerians need to think of how to support the young athletes without the government having to give money. The U.S. Government does not give one dime to U.S. Olympic team,” he said.

The U.S.-trained Olympic champion called for the involvement of the private sector in the development of budding young Nigerian athletes to be the best they could be.

In their remarks, Mr Abayomi Oke, a former Oyo State Commissioner for Youth and Sports and Mr Niyi Alebiosu, the State SWAN Chairman, said the lecture was apt and timely.

The duo said that the lecture would provide the opportunity to celebrate the legendary goalkeeper and discuss sports development in the country.

NAN reports that the event was attended by the Ogedegbe family, several ex-internationals, sports administrators and hosts of sports lovers in the country.

Balotelli misses out on Italy recall