Rangers international FC of Enugu technical adviser, Gbenga Ogunbote has attributed his team’s 2-1 lost to Bendel Insurance in a rescheduled match day 8 fixture on Thursday in Benin City to the straight red card given to their inform striker Seka Paska. 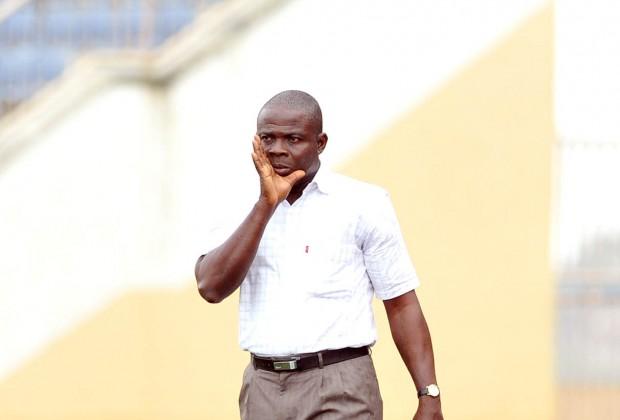 The encounter which took place inside the football pitch of UNIBEN sports complex saw the Flying
Antelopes finishing the match with a man down as Pascal was shown a straight red card in the 21st minute for an off the ball incidence.

Osaghae Junior opened scoring for the host in the 35th minute after some hesistant defending by Rangers backline but the home celebration lasted only four minutes as Kelvin Itoya restored parity for the seven-time champions four minutes later.

Eight minutes into the second stanza, Stephen Sodje’s connecting header from a corner kick found its way past Nana Bonsu for what turned out to be the match winner and ended Rangers’ 13-match unbeaten run.

In a post match reaction, Ogunbote admitted that it was difficult for his team to cope for over seventy minutes of
play after Seka’s red card.

“It was a good game that we should have earned a respectable result but for the sending off of our top marksman. Playing a man less for over seventy minutes of the game was very tasking. However, we leave with the positives from the match going forward. We are not under any pressure. It was unfortunate that we have to drop our unbeaten run this way but we hope to start another round of unbeaten runs,” Ogunbote said.

With one game in hand, Rangers still lead the group A log with 31 points from fifteen matches with its next league encounter scheduled for the Yakubu Gowon stadium, Port- Harcourt where Rivers United will be waiting for a match day 9 re-scheduled fixture.

Barca aim to seal title with home win against Levante