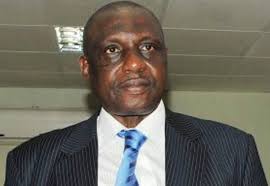 The former D.G of N.S.C described the late Shooting Stars Football Club Captain as selfless, dedicated to helping both the youths and colleagues in football matters.

Elegbeleye recalled it was late Ogunjobi that assisted him to save Sunshine Stars from going on relegation as at the time he was in charge of the team with the mandate of Governor Rotimi Akeredolu to save the club from slipping down to lower division.

“When I got the Sunshine Stars job with the mandate to rescue the team from going on relegation as at the time the club was in 19th position on the Nigeria Professional Football League, it was Ogunjobi I ran to for help.

“He then introduced me to his coach Duke Udi who was handling Chief Ogunjobi’s team Osun United then. He said take Duke Udi along with you to your club he will manage the team to escape relegation. That was how Sunshine Stars not only escape relegation but placed 10th at the end of that season. I will never forget that important assistance he offered as at that time.

“Ogunjobi was always ready to help, selfless and very resourceful too. He was a good man. Nigerian football will surely miss him. Great Skippo. May his soul rest in peace”, Elegbeleye prayed.

Nigeria versus Seychelles: NFF to inspect Asaba pitch on Wednesday

Southampton in talks with Rangers over £10m deal for Aribo