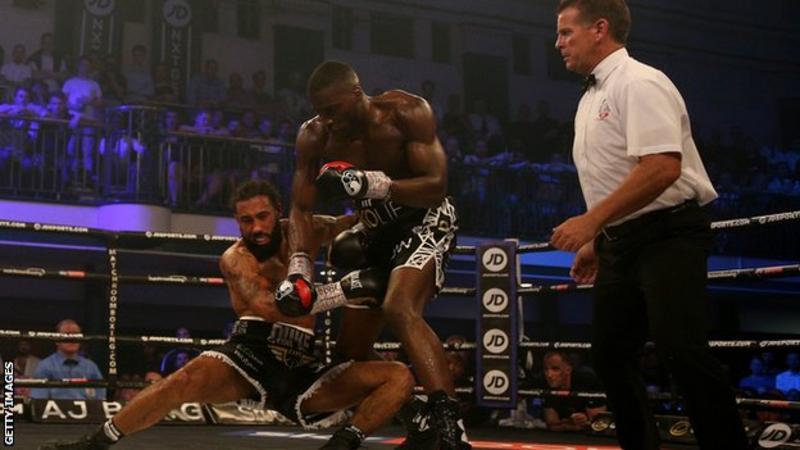 The 25 year-old heavy-hitter who represented England at the Rio Olympics in 2016 dropped Watkins twice
in the second round.

Okolie has won all of his nine professional bouts while Watkins was undefeated in 13 fights before
Wednesday night.

An elated Okolie after the fight said: “There is a lot of my game that people have not seen yet. Luke
Watkins asked for the fight, he got it, I got the win and much respect for him.

“People have not given me the credit that I think I deserve because they feel like I have had it handed
to me.

“In fact, I have had to work for it and I have handled two undefeated fighters of different leagues in
the same way in my last two fights.
“I am ready to learn on the go and I have been training hard for years. I am ready to keep taking risks
and keep taking step-ups.”

Okolie is managed by heavyweight champion Anthony Joshua and is an alumnus of Repton Boxing Club, a
London based club which has over the years partnered with the Lagos Boxing Hall of Fame to engage
boxers from Lagos in England and Nigeria.