Greek champions Olympiacos have been forced to terminate the contract of Nigeria striker Emmanuel Emenike who was pushing for the renewal of his contract.

According to reports from Greece, Olympiacos rejected Emenike’s request due to a persistent knee injury that an MRI scan revealed as an osteochondral lesion at the level of the internal femoral condyle and swelling of the internal lateral ligament.

To help revive his career, Emenike was shipped on loan to Spanish club, Las Palmas at the beginning of the year but he ended up not playing an official game due to the injury. 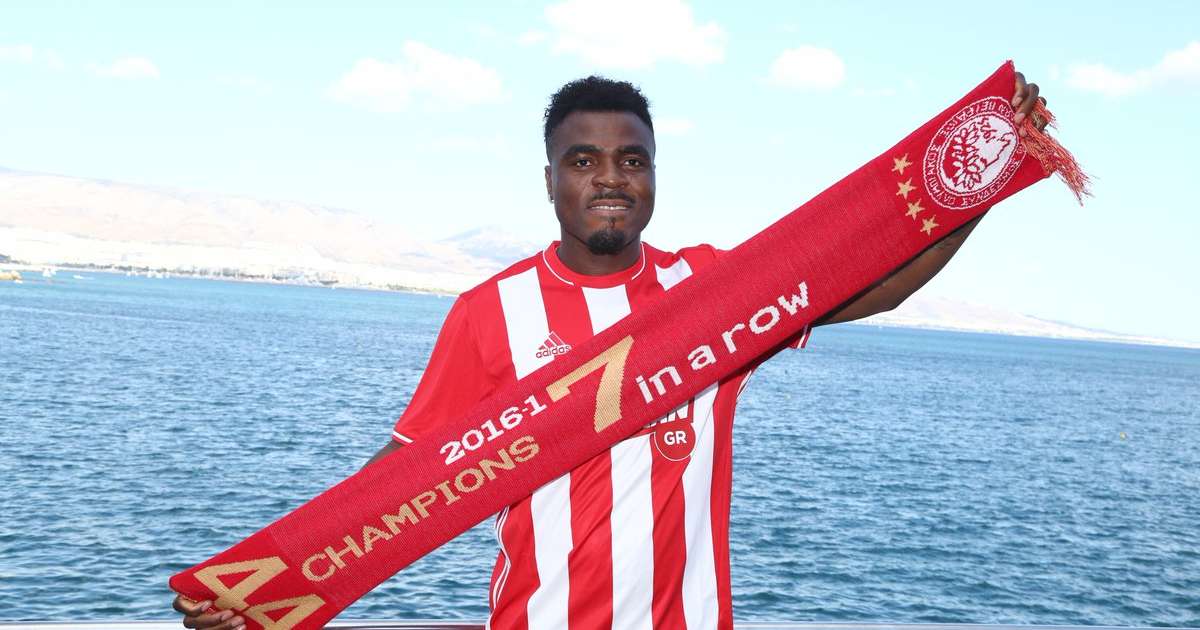 Since then he has been on the sidelines.

The Nigeria international who quit international football in 2015, joined Olympiacos on July 6, 2017 on a two-year deal for a fee of €3.8 million from Fenerbahce.

He started well in his first appearance for the club, scoring a last minute goal in Olympiacos’s 3–1 victory against FK Partizan, in the 1st leg of the UEFA Champions League third qualifying round.

He also got a brace scored against Asteras Tripoli in a Greek Cup clash at the Georgios Karaiskakis Stadium which the Greek Champions won 2-1.

It would be recalled while with Olympiacos, he alleged his life was no longer safe in Greece owing to death threats, prompting the club to increase security around him.

Emenike came to limelight at Turkish club Karabukspor, where he scored 30 goals in 52 appearances, before joining Fenerbahce in 2011.