Nigeria’s U-23 National Team on Wednesday kick started their campaign by losing 2-0 to Libya in the first leg of the Olympic qualifiers in Ben Guerdane, Tunisia. 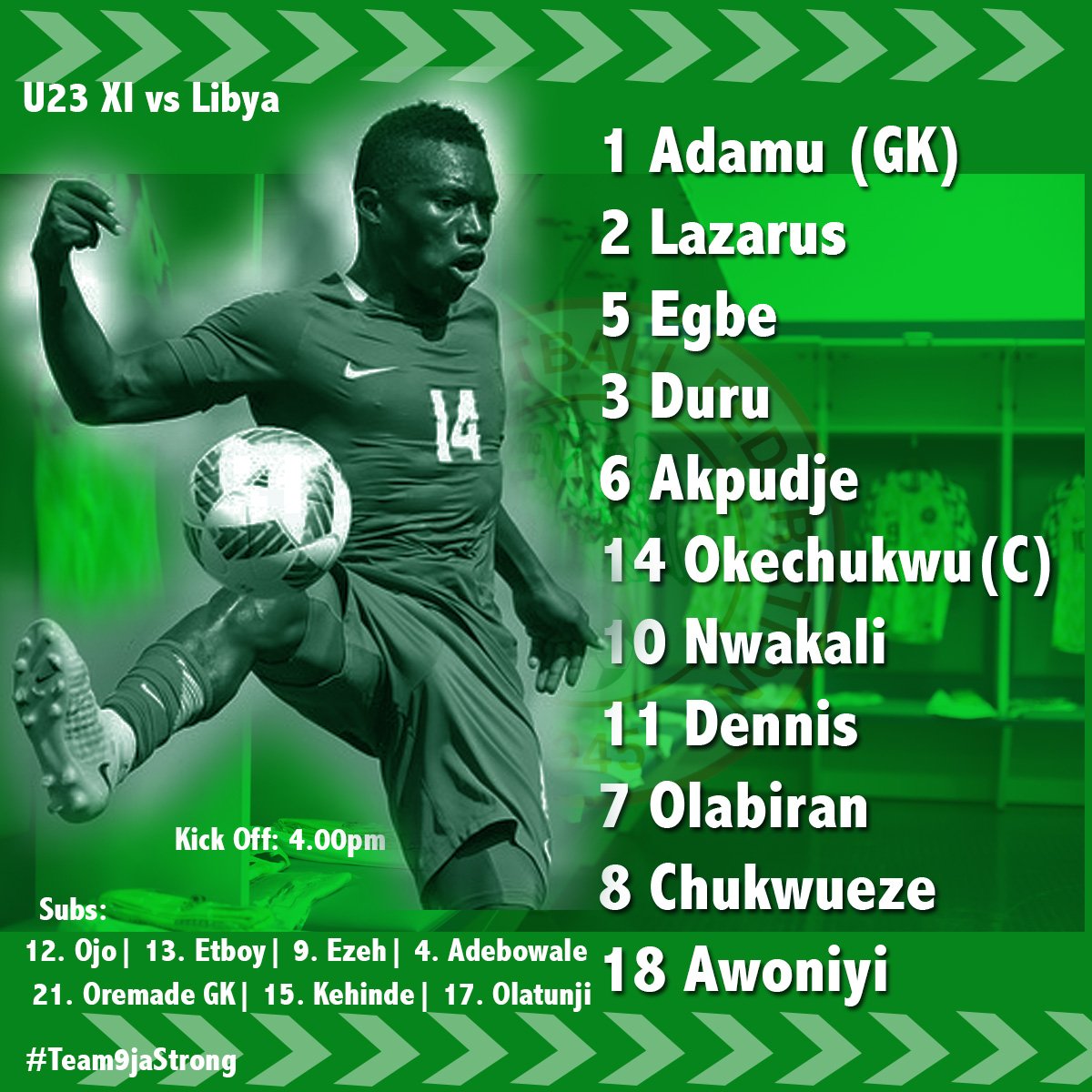 The Libyans took the lead in the sixth minute of play and added the second in the 69th minute via a sleek counter-attack move.

Surprisingly the galaxy of foreign based players invited by chief coach Imama Amakapabo could not salvage the day for the Nigeria side.

Just before the break, Nigeria’s  first choice goalkeeper Adamu Abubakar was dismissed by Ghanian referee Daniel Laryea for handling the ball outside his area and had to be replaced by Olawale Oremade.

In the 53rd minute Belgium based Taiwo Awoniyi would have given Nigeria its first goal but he failed to finish off a cross from Samue; Chukwueze.

Nigeria continued to pile the pressure on the Libyans despite playing with 10 men but the North Africans held on till the final whistle.

Nigeria must now cancel the result in the return leg next Monday to qualify for the final round.