Ghana’s under-23 soccer team, the Black Meteors escaped a plane crash on Monday while on their way to Gabon for the return leg of the U-23 Tokyo 2020 qualifier. 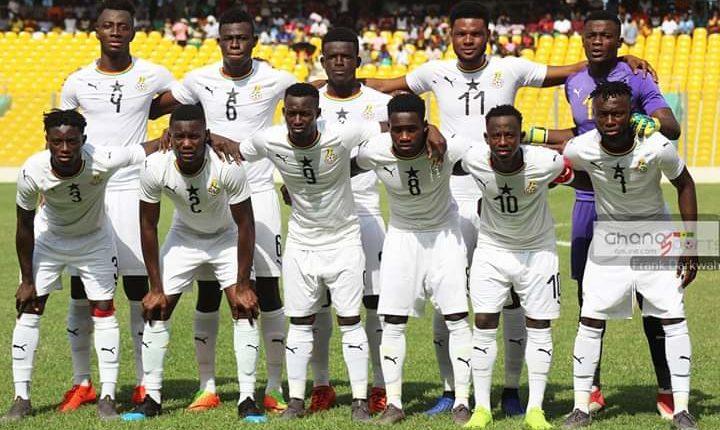 According to reports, the Asky Airline conveyinga 33-man team failed to land on arrival at the Libreville Airport due to bad weather.

The Black Meteors are due to play Gabon today (Tuesday) after winning the first leg 4-0 in Accra.

Head Coach Ibrahim Tanko, confirmed the scary ordeal to journalists which would have thrown the entire nation into mourning.

“We arrived in Gabon safely but very scary. We were in the sky for almost two hours but couldn’t land because of bad weather and had to go to Douala, Cameroon instead of Libreville, Gabon and wait for more than one hour, before trying again. Thank God for traveling mercy. We are now in our hotel.”

The plane kept hovering over the airport in Gabon for two hours.

Following the scary moment, the pilot was forced to move to Cameroon for a safe landing while waiting for a message from Gabon before returning.

The contingent spent an extra hour at the airport in Duoala before finally returning to Gabon where they were able to land safely in their second attempt.

Olympic Qualifier: How U-23 Players fared against Libya

NFL star Obada to youths: Don’t let your past rubbish your future