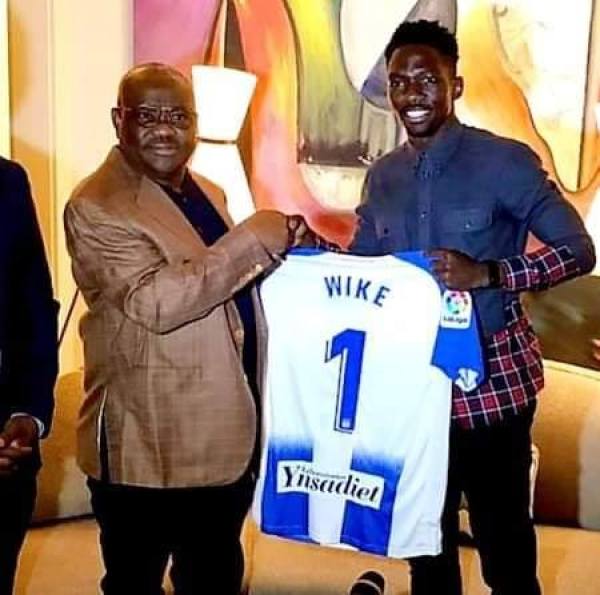 Speaking during a meeting with Governor Wike in Madrid on Tuesday, Leganes’ defender said that the establishment of an Academy would create a generation of great football stars.

He said: “I have been around the football circles and I have never seen such investment.  This will equip  the upcoming players with skills and education.

“Initially,  when I heard that the Governor was to set up an academy of this nature,  I thought it was a mere promise.  But I am happy  that it has become a reality. I don’t know of any place in Africa where we have such an academy .”

He urged Governor Wike to continue investing in sports, especially football as a way of empowering less

Responding,  Rivers State Governor,  Nyesom Ezenwo Wike expressed happiness with the contributions of Kenneth Omeruo to the successes of the national team, adding his  exploits at  different clubs has served as a worthy ambassador of the country.  The Governor urged him to continue to promote Nigeria on and off the pitch of play.

The Rivers State Governor stated that he will continue with investment to promote the empowerment of youths through sports.  He said that the Real Madrid Academy in Port Harcourt has come to stay.

High-point of the visit was the presentation of his club’s Jersey to the Rivers State Governor.

Okereke, Dennis out of Olympic Eagles