Super Eagles defender, Kenneth Omeruo gave another 5- Star performance for his club, Leganes  as they defeated Huesca by a lone goal which ended their five games winless run in a Spanish La Liga fixture on Saturday. 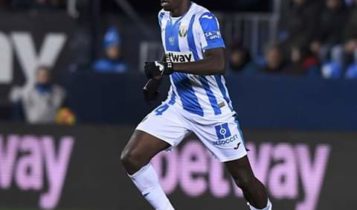 Yiussef En -Nesyri, Moroccan player  broke the deadlock in the 73rd minute which gave Leganes the maximum points at stake at the expense of relegation bound, Huesca.

Omeruo who was returning to the team after he was rested in last Wednesday’s Copa Del Rey against Real Madrid which they lost, continued his impressive form as he lasted for the entire 90 minutes.

With the victory, Leganes now have 22 points from 19 games, while Huesca are rooted at the bottom of the table.

Arsenal will complete deals for Willian, Aubameyang this week

Man Utd vow not to give up on Sancho signing despite…

Arsenal will complete deals for Willian, Aubameyang this…