Leganes reportedly won’t be able to bring in a replacement for Martin Braithwaite if Barcelona secure the £17million striker as an emergency signing for the injured Ousmane Dembele. 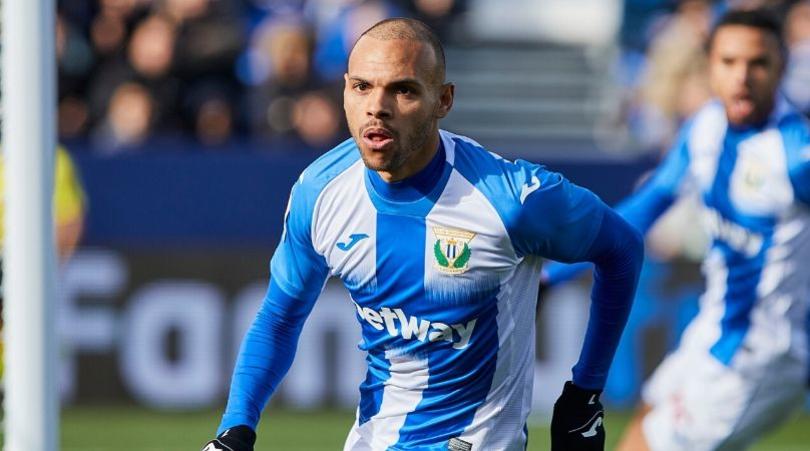 The Frenchman has been ruled out of action for six months with a hamstring tear after undergoing surgery in Finland last week, and the seriousness of the injury has seen LaLiga give the Catalan giants the green light to bring in cover.

Barcelona are eyeing Leganes striker Martin Braithwaite but Leganes will not be able to sign their own replacement, according to Spanish outlet SPORT.

The Spanish giants have desperately been searching for a striker to replace injured duo Luis Suarez and Dembele, who are both out for the long haul.

Barcelona have until March 6 to sign a player who is either currently plying his trade in Spain’s top division or is a free agent but the new addition can only play in LaLiga matches.

The green light was then given on Monday morning after the committee confirmed the injury as a long-term lay-off, which LaLiga regulations stipulate as an issue that will keep a player out for at least five months.

Braithwaite’s agent Hasan Cetinkaya is in Barcelona to discuss a possible switch for his client, according to Marca.

The Danish striker has netted six goals and provided one assist for struggling Leganes across 24 LaLiga appearances this season.

Braithwaite scored just nine times in 40 appearances during his two-year stint at Middlesbrough, having joined the club from Ligue 1 side Toulouse in 2017.

AIBA Executive Committee to be reduced in size