The Super Eagles of Nigeria on Tuesday night defeated the Lone Star of Liberia 2-1 in an international friendly match played at the Samuel Kanyon Doe Stadium, Monrovia.

Henry Onyekuru, who is on loan at Turkish giants, Galatasaray put the Eagles ahead in the 10th minute cutting in from the left just outside the penalty box and hammered a right footed effort into the roof of the net.

Italy based striker, Simeon Nwankwo doubled the lead for the Nigerian side in what will be his first goal for the national team after making his debut in an international friendly against Congo DR in Port Harcourt last May.

The host got a late consolation goal from the penalty spot after the referee ruled that Semi Ajayi touched the ball with his hands in the box in the second half. 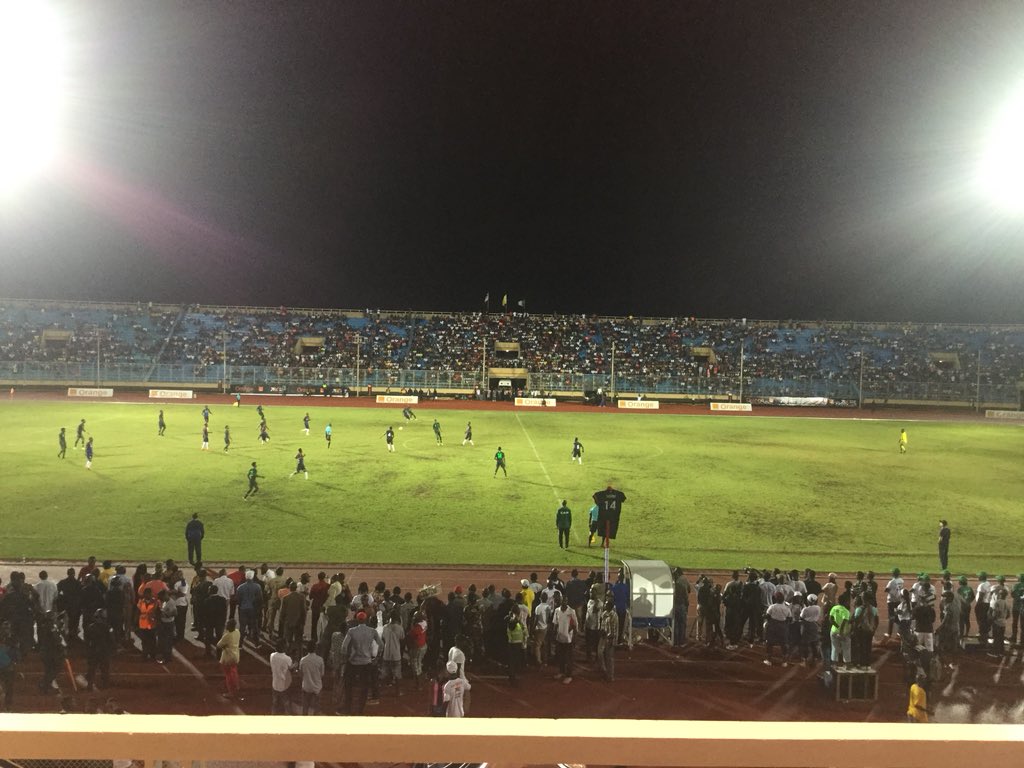 President George Weah and his old team mate, James Debbah were on parade for the Lone Star.

The Nigeria Football Federation (NFF) honoured the match to celebrate the only African player to ever win the World Footballer of the Year after he emerged as the number one citizen of Liberia earlier this year.

Expectedly every touch of the ball by Weah was greeted with loud cheers and applause from the fans who thoroughly enjoyed themselves watching some of the best past and present African players on parade.

Major highlight of the match was the retirement of Weah’s famous No 14 jersey which he wore throughout his career as the captain of the Lone Star of Liberia.