John Ogu has set his sight on the match against South Africa after the Super Eagles demolished the challenge of Libya to go top of Group E in the race to qualify for the 2019 Africa Cup of Nations.

Hapoel Beer Sheva midfielder played as a second half substitute as the Eagles overcame the stubborn Mediterranean Knights’ inside the Taïeb M’hiri Stadium in Sfax in Tunisia.

The three-time African champions raced to a two-goal lead courtesy from in-form striker Odion Ighalo and Ahmed Musa, but the North Africans fought back to level scores at 2-2 before Ighalo killed off their threat with a well-taken goal to make it 3-2. 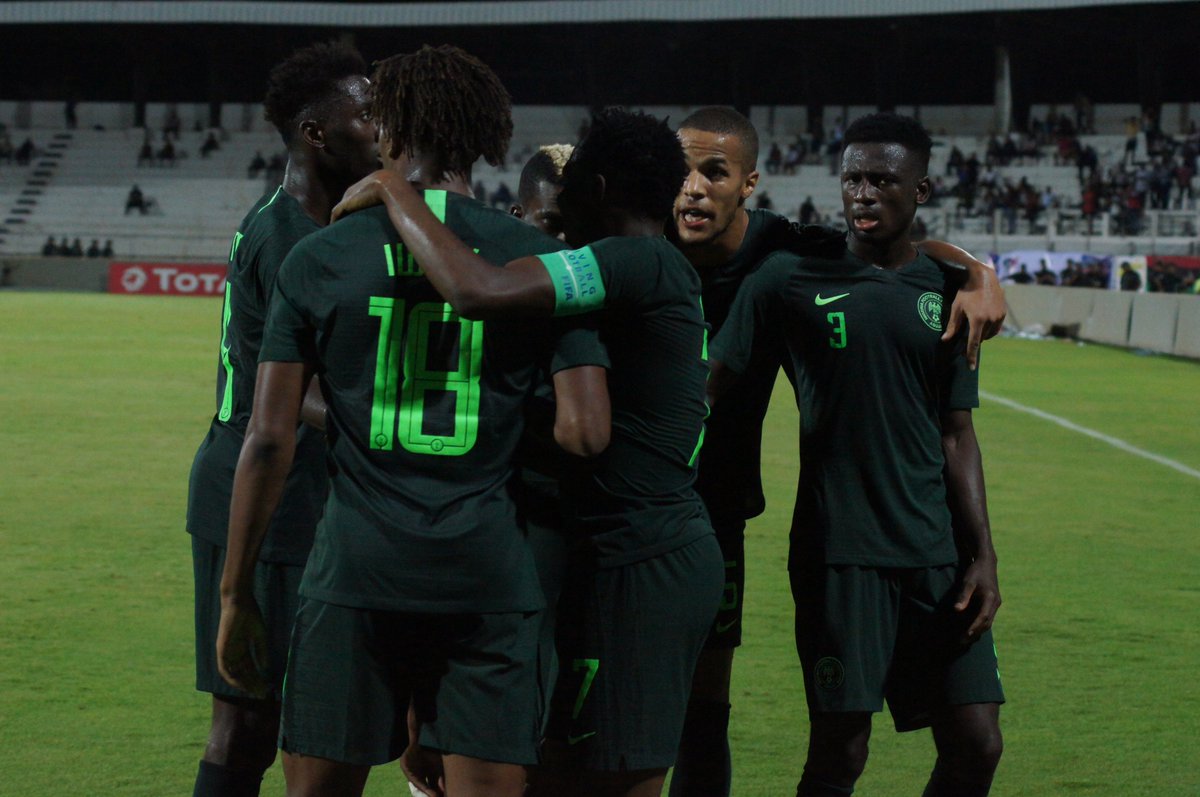 “I’m really proud of this boys last night. Not easy to play in such a game after the win on Saturday. So proud to have come out with the Win. This win is for our fans. Now we focus on the next objective against South Africa,” Ogu posted on his official twitter handle.

The Bafana Bafana defeated Nigeria 2-0 on the opening weekend of the 2019 AFCON qualifiers but lost grip of the group following a home draw against Libya on Match- Day two and a shocking away draw against minnows Seychelles whom they had hammered 6-0 three days prior to their re-match on Tuesday.

The Eagles next match will be away against South Africa before wrapping up the qualifying campaign with a home fixture against Seychelles.

Nigeria currently sit top of Group E with nine points followed by South Africa with eight points, Libya sit third with four points and Seychelles are bottom with a point.

Scholes: Even Messi Would Struggle at Man United