By Ade Ojeikere On Nov 7, 2018 0
Rohr (middle) still waiting for his employers

Nigeria’s senior soccer team’s Technical Adviser Gernot Rohr has made a passionate plea to chieftains of the Nigeria Football Federation (NFF) to allow the contingent depart Asaba aboard a chartered flight on November 15, instead of November 16, to allow the players train on the FNB Stadium’s turf, a day before the crucial 2019
Africa Cup of Nations qualifier between Bafana Bafana and Super Eagles on November 17. 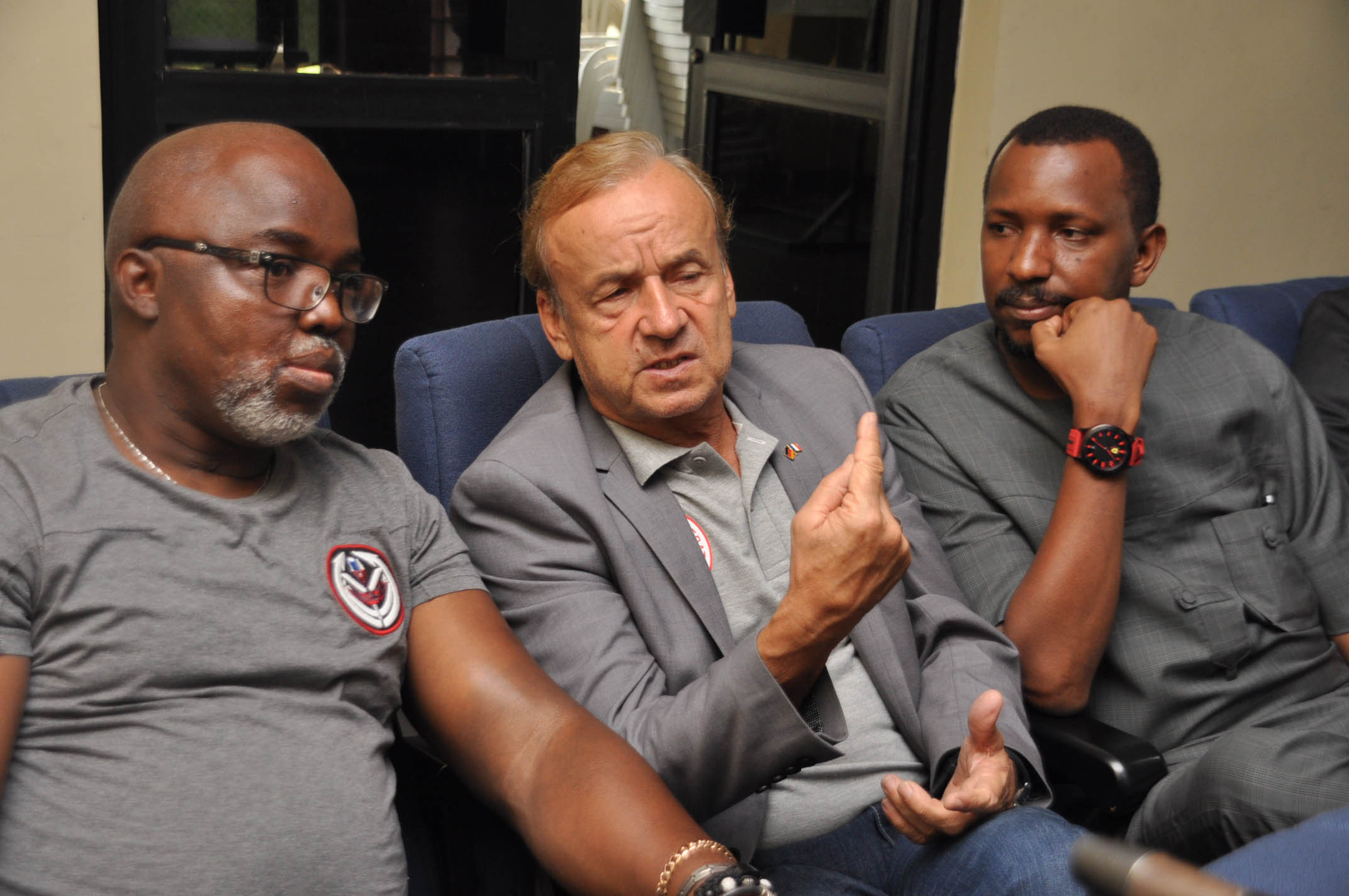 Sportinglife.ng gathered that Rohr discussed the need for a change in the traveling plans with the federation’s President, Amaju Pinnick, since arrangements have begun to ensure that the Nigerian contingent to Johannesburg fly directly from the Asaba International Airport aboard a chartered flight on November 16 They were also expected back in Asaba on November 17, immediately after the make-or-mar game against Bafana
Bafana, where victory for Nigeria guarantees the country the top spot of Group E and automatic qualification ticket for the 2019 Africa Cup of Nations holding in Cameroon in June.

The players were scheduled to stay in Asaba for four days beginning from November 12, with word rife that the NFF chiefs and the Delta State government have perfected the logistics to ensure that the players and officials have a remarkable stay.

But this arrangement is likely to be altered given what NFF President told Sportinglife.ng on Tuesday night in a terse message where he responded to the question if he was aware of Rohr’s request for a chnage in the traveling plans for the trip to Johannesburg thus: ”Working on it.”