Enyimba head coach, Fatai Osho, has charged his players to not dwell too long on Sunday’s win against Paradou AC in the CAF Confederation Cup. 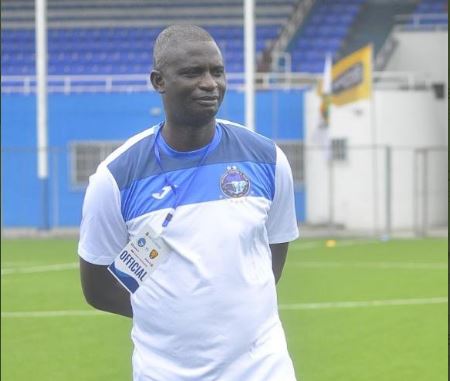 The People’s Elephant last Sunday pulled the plug on a five-game winless run with a mouthwatering 4-1 win against the Algerians in a Group D clash at the Enyimba Stadium.

Although the result has revitalised Enyimba’s chances of qualifying from Group D, the two times African champions would quickly switch focus to the domestic scene where they host Heartland FC on Wednesday.

Osho has thus rallied his charges to put Sunday’s win behind them and focus on what lies ahead.

“I think they will be ready for the Wednesday match, but we have to be wary of the fact that when you play an international team like this and you are able to get this type of result you should be careful so it doesn’t result into superiority complex, so that we don’t see ourselves as on top of everybody, to the detriment of the fact that we still have a lot of work to do.

“So we have to tell them and make it known to them that this is gone, and what matters is what is coming up and that should be their target. Paradou, for now, is not in our picture again so what we have come at us is Heartland, and we have to look at the Heartland team, give them their due respect and get our result.”