Super Falcons forward Asisat Oshoala scored the fourth goal for Barcelona Ladies who humbled Rayo Vallecano 4-0 away in a league clash at the  Ciudad Deportiva on Sunday. 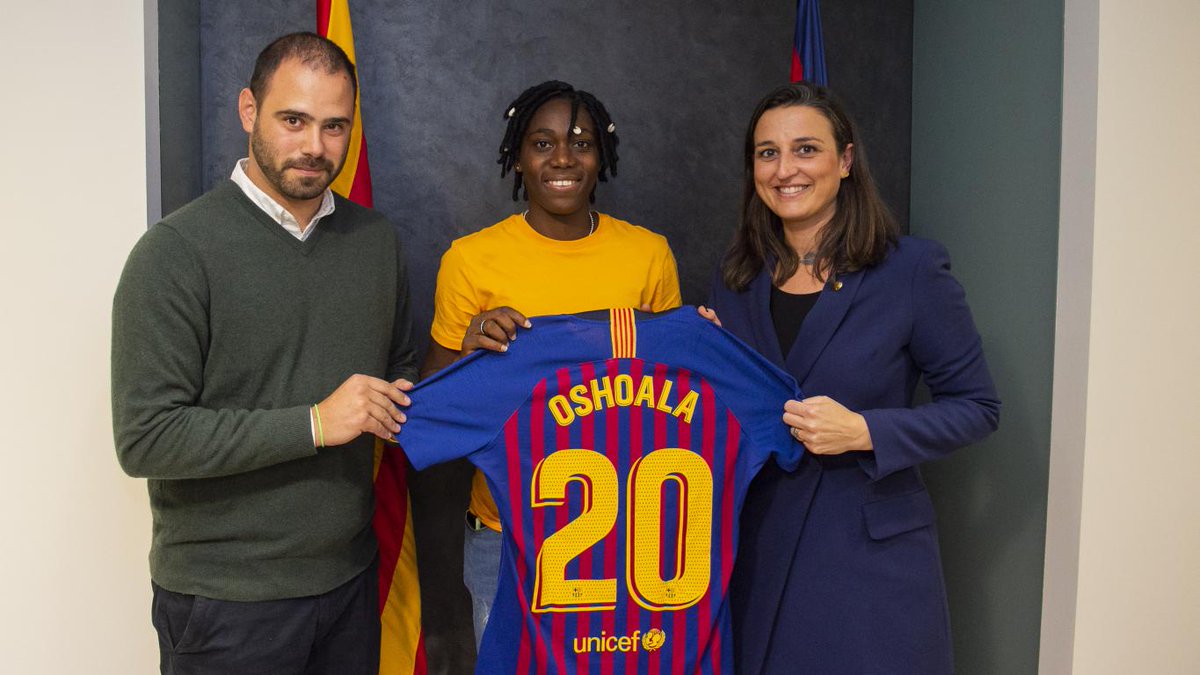 The Nigeria international struck in the 63rd minute which was her first touch of the game after replacing Alexia Putellas. It was her first goal for Barca who are three points behind Atletico Madrid on 54 points from 20 matches.

Barcelona went in front courtesy of Putellas and Lieke Martens in the 15th and 16th minutes respectively with Mariona Caldentey adding the third a minute before the half hour mark.

She has previously played for English Women’s clubs , Arsenal and Liverpool.