Super Falcons and Barcelona forward Assiat Oshoala was all smiles as she finally got an opportunity to pose for a photo with Argentina international Lionel Messi easily one of the most talked about footballer in the world. 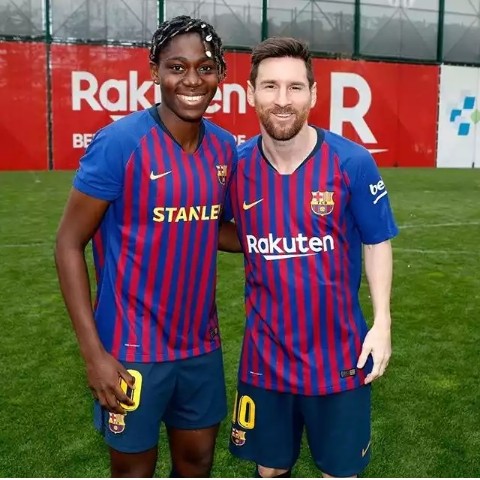 Oshoala who joined the Barcelona ladies recently became an instant hit grabbing goals in her appearances for the side so far.

Both players were seen beaming with smiles in club jersey apparently happy with the club on one hand and their contributions on the other. 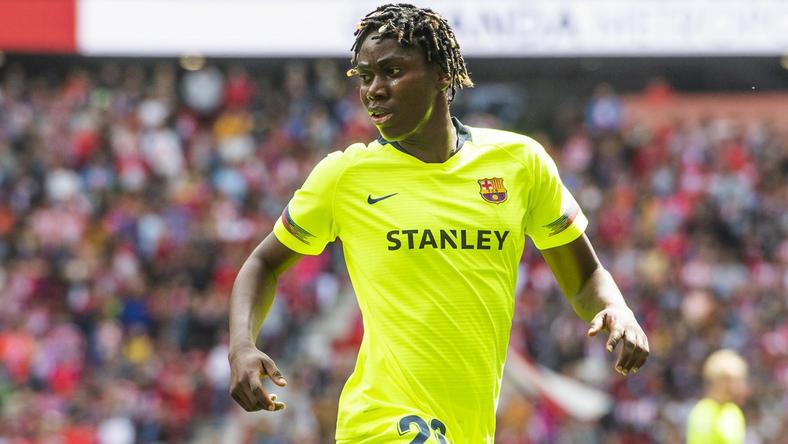 An elated Oshoala added to the picture “We had to do this for the culture ��������. The three- time African Woman footballer of the year is one player Super Falcons Coach Thomas Denerby is banking on to help him deliver at this year’s Women’s World Cup in France.

Oshoala was not the only one that relished the chance of posing for the photo with her club mate as some of her fans did not hesitate to give the move thumbs up.

Messi who has made over 444 appearances for Barcelona with over 412 goals to his credit boasts of fans across the globe  who are not only  tickled by his pattern of play but the ease with which he displaces opponents in his quest for more goals.

NFF: Eagles to face a big team in June