Super Falcons star Asisat Oshoala was in action for Barcelona in their 4-0 win over Real Madrid in the first women’s Clasico in history on Sunday.

The Nigeria international replaced Jenni Hermoso in the 70′ minute in  the very first official encounter between the two clubs in Liga Iberdrola – after CD Tacon faced Barcelona last season before becoming Real Madrid. 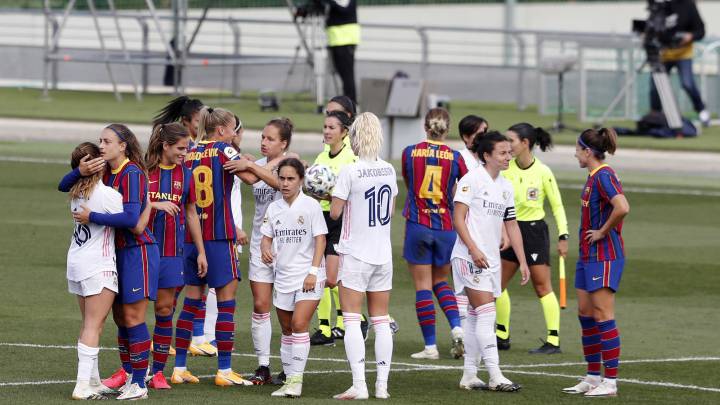 Patricia Guijerro had the honour of scoring the first Clasico goal in women’s football, putting the Blaugrana ahead midway through the first half.

An own goal from Real Madrid’s Misa Rodriguez, a strike from Lieke Martens and a fourth goal courtesy of Alexia Putellas saw the visitors notch up an unassailable advantage at Valdebebas.

It’s a far from ideal start to their first official season as Real Madrid Femenino for David Aznar’s side, while Oshoala’s Barcelona look good to defend their league title.