Victor Osimhen can be Ligue 1’s next Didier Drogba, according to former team-mate Nicolas Penneteau. 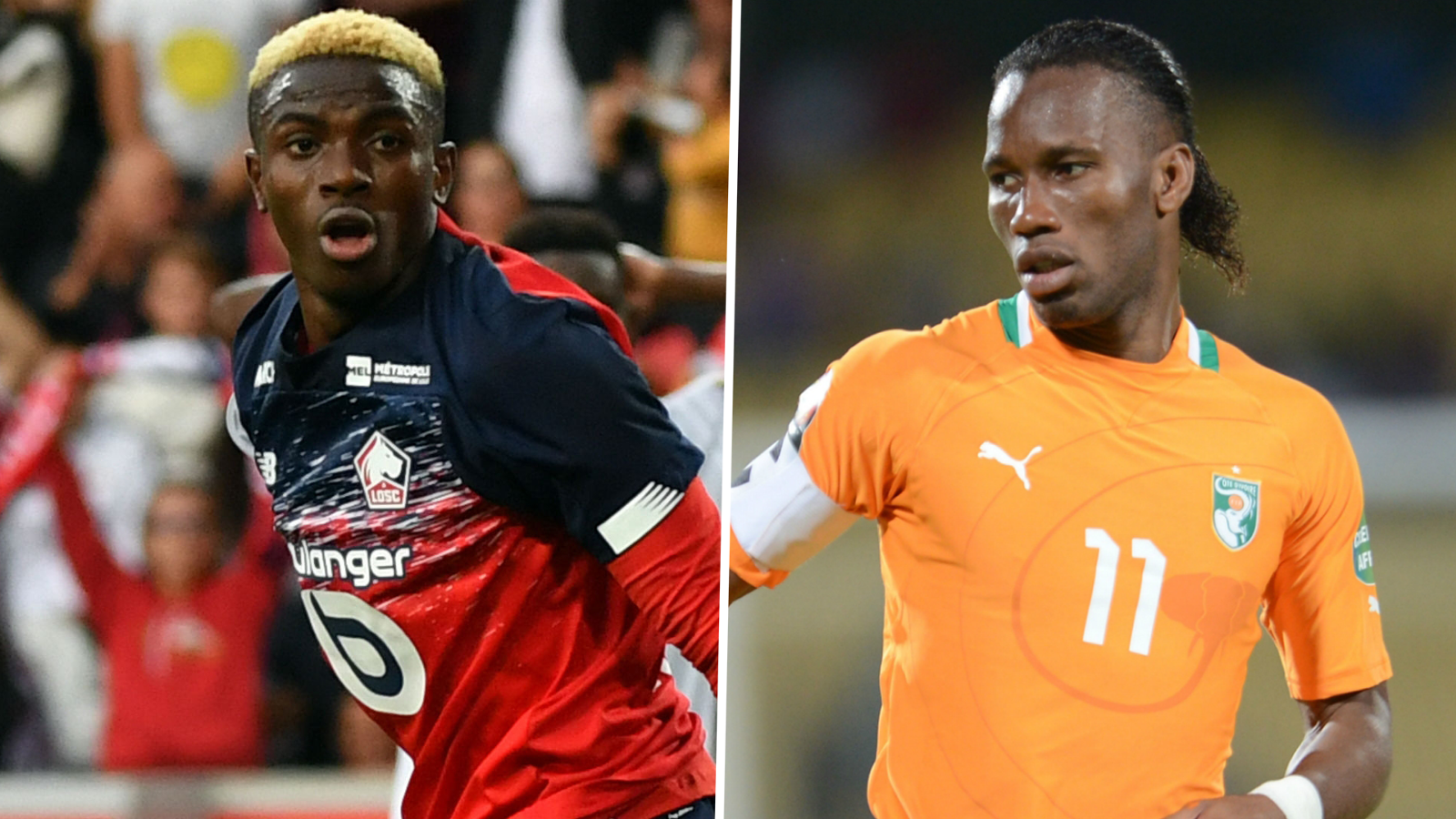 The 21-year-old Nigerian has lit up French football with Lille this season, scoring 18 goals and finding himself linked with the likes of Manchester United, Liverpool and Barcelona.

After a slow start to his career, Drogba’s last season in Ligue 1 brought 32 goals in all competitions before he moved to Chelsea, and goalkeeper Penneteau – who played with Osimhen at Charleroi – thinks the youngster has similar quality.

‘If I was Barcelona president, I’d sign Neymar tomorrow’ – Balde says Brazilian could ‘play for any team’

“When we discovered him, when he first arrived, two clubs refused to sign him because of small physical problems.

“From the first training sessions we saw that he was a player of different class. I said it when he moved to Lille but for me, he might be the next Drogba in the French league.”

While Lille struggled in the Champions League, finishing bottom of their group with just one point, Osimhen adapted well with goals against Chelsea and Ajax.

It has been a rapid rise since joining from Charleroi last year, but Penneteau believes he has everything he needs to continue his ascent.

“If he stays at least another two seasons, he will score goal after goal,” he added.

“He has all the qualities of a modern striker.

“He is fast, he jumps high, he is strong in duels, good on the ball, he can play deep.

“He will get rid of his little imperfections as he plays. He is a phenomenon.”

Osimhen started his career at the Ultimate Strikers Academy in Lagos, Nigeria, before being scouted and signed by Bundesliga side Wolfsburg.

He made 12 appearances in the German top flight before being sent on loan to Belgium with Charleroi, who eventually opted to sign him on a permanent deal.

Twenty goals in 36 games in the 2018-19 campaign was enough to tempt Lille into signing him following the departure of their previous star man, Nicolas Pepe, to Arsenal.

Now, it seems likely that Lille’s newest prodigy could also be set for a move to the Premier League in the coming years.