The Nation’s Olympic Team Monday at the Stephen Keshi Stadium zoomed into the third round of the African under 23 Nations cup qualifier, beating their Libya counterpart 4-0.

The Imama Amapakabo led side that lost the first leg 2-0 in Tunis rose to the occasion in front of vociferous crowd in Asaba to effectively turn the table and edge close to qualifying for the Nations cup billed for Egypt in November.

The team now has a third round clash against either Kenya or Sudan as the only hurdle to jump before hitting Egypt. 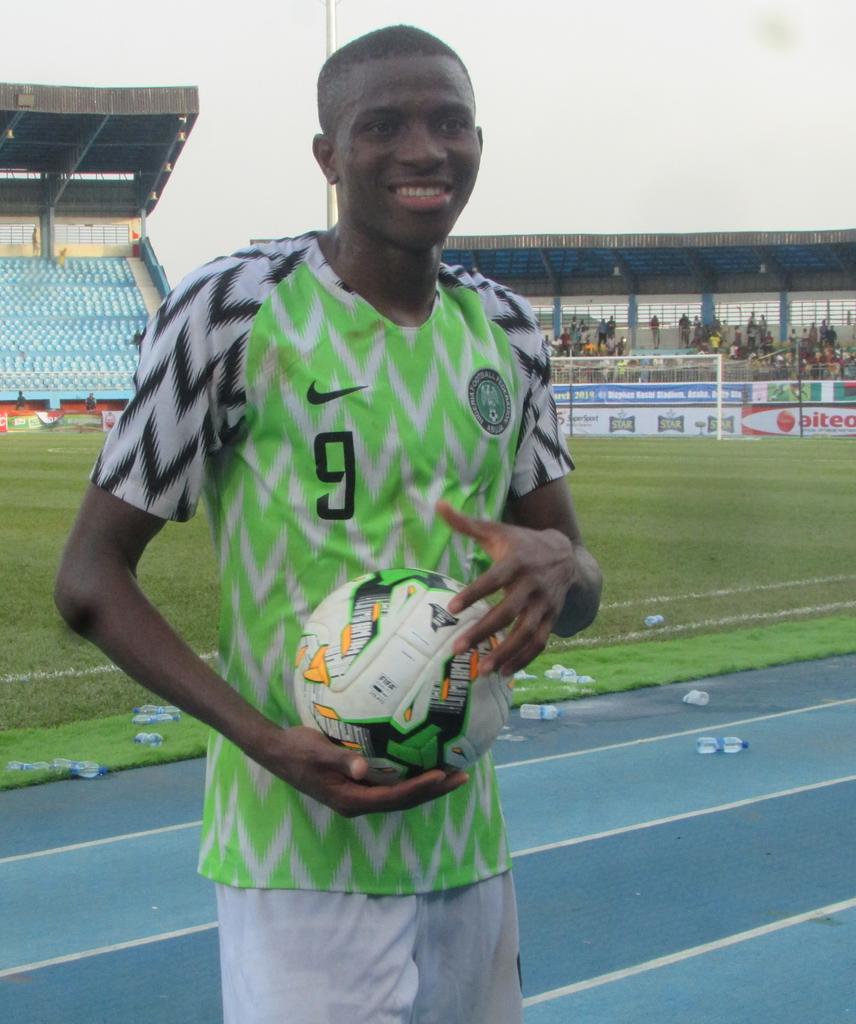 Victor Osimhen fired the team into the lead in the first half of the match, coming just few minutes after Samuel Chukwueze had hit the woodworks.   Although the team produced a lot of action and ventured regularly in the vital areas of the opponents their efforts failed to produce another goal before the end of first 45 minutes.

On resumption of hostilities in the second half Osimhen was again on target in the 67th minute. In what looked like a day of harvest for Osimhen he again registered his third goal in the 81st minute making a clinical finish of a pass from Chidebere Nwakali.  David Okereke produced the icing on the cake in the 90th minute to conclude a 4-0 demolition.

Although the boys drafted from Eagles into the team last minute barely had time to blend their performance was hailed by many fans that had turned out in large numbers to cheer the team to victory.

The Nigeria versus Kenya or Sudan clash will hold between 3rd and 11th of June.