Osimhen, Neymar, Named In French Ligue 1 Team Of The Week

Nigeria forward Victor Osimhen has made the French Ligue 1 team of the week along with Paris Saint-Germain duo; Neymar Jr and Mauro Icardi. 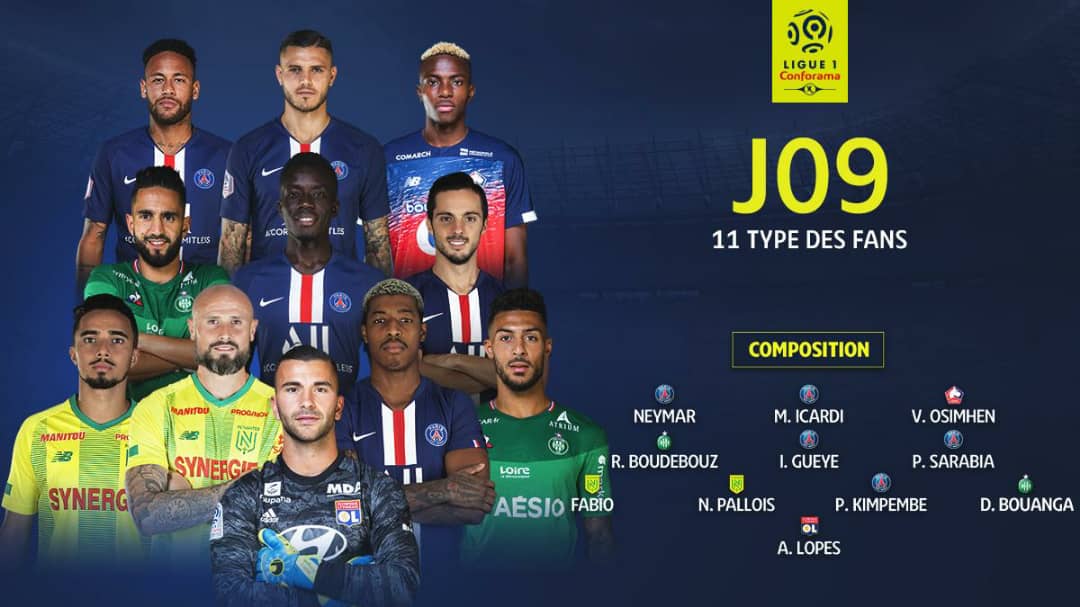 Osimhen who is in Singapore for this Sunday’s international friendly against Brazil made the list based on his performance so far.

It has been a good start for the 20-year-old who is in the race for Ligue 1 player of the month award alongside Algeria’s Islam Slimani and Nantes’ Nicolas Pallois.

In his first season, Osimhen has scored seven goals in nine league appearances.

Last week he scooped Lille’s player of the month award for September.

Ighalo will come in when we are three goals up–Solskjaer

Ighalo will come in when we are three goals…