Osimhen pumps Lille fans to One Million on FB

Ligue 1 side Lille are not only reaping the effects of Victor Osimhen’s exploits on the field of play but outside too. 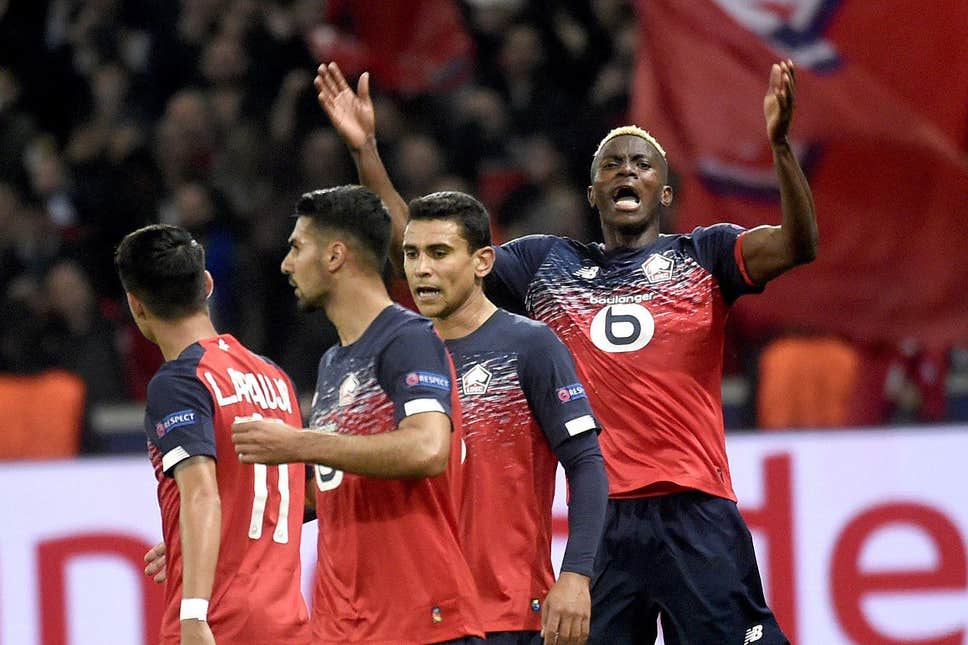 This time, the Northern France club are also enjoying the Nigeria international’s goal scoring  form on the social media sphere as the club recently reached the one million mark of Facebook fans.

Despite only joining Lille in the 19/20 summer transfer window from Belgian club RSC Charleroi, Osimhen’s fast start to the season has put Europe’s elite on alert. Lille are fourth on the league table and the Nigeria International has contributed 13 goals and 3 assists in 24 games in his first season of French football.

The 20-year-old has been attracting interest from top clubs in the Premier League including Tottenham Hotspur, Liverpool and Chelsea but has ruled out a possible move away from Lille when the European transfer window opens in January.

Meanwhile,  Osimhen has  yet opened up on why he refused to sign for English Premier League side Arsenal after the 2017 FIFA U-17 World Cup.

“After the U17 World Cup, I chatted with my family and especially my older brother. My agent had listed the teams that wanted to recruit me, big clubs like Barcelona,Inter Milan, Atletico Madrid, Arsenal, Ajax, Anderlecht and therefore Wolfsburg or even Spartak Moscow,” Osimhen told 10 Sport.“We studied the possibilities to be able to play in the first team. Arsenal really wanted me.

“I got Arsene Wenger on the phone but he didn’t promise the first team immediately; my brother gave me good advice and said to me: Choose Wolfsburg, the coach wants you a lot more than the others, look at the project before you

“For me it was the best choice possible. Sometimes life is like that. What you imagine is not what you get. You have to accept it, “ Osimhen added.