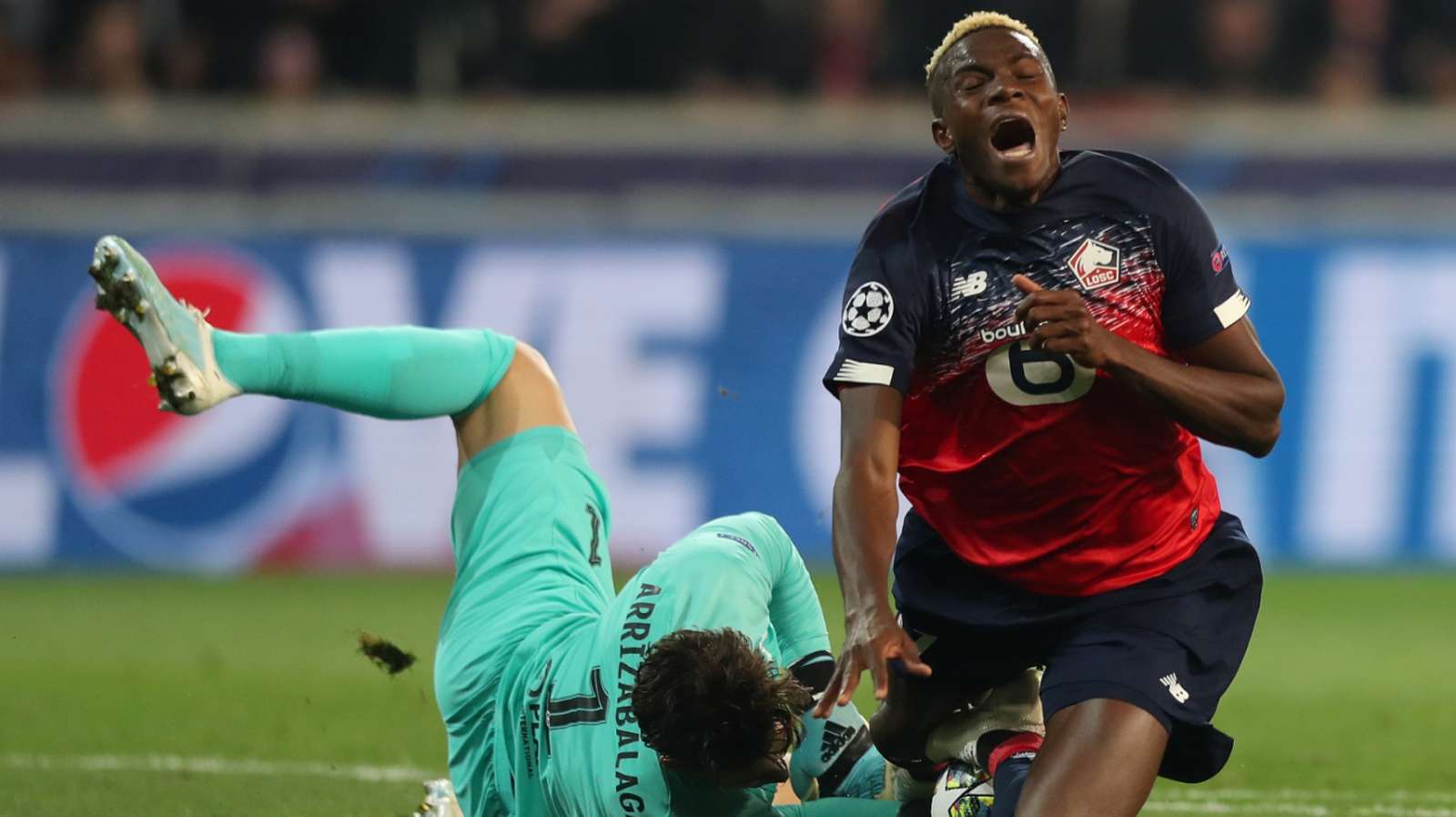 The Super Eagles striker will be serving a one-match suspension in the MatchDay 14 fixture for accumulating three yellow cards in less than 10 games.

“Due to an accumulation of three yellow cards in fewer than ten games, @victorosimhen9 will be suspended for #PSGLOSC on 22 November,” the French side announced via the club’s Twitter handle.
The 20-year-old forward was shown his third booking in Lille’s 2-1 loss to Olympique Marseille despite replacing Loic Remy in the 65th minute at the Orange Vélodrome, last weekend.

The former Wolfsburg striker was previously penalized against Nîmes Olympique and Angers Sporting Club.
Osimhen, who ended his poor away goal record in Lille’s Champions League 4-1 defeat against Valencia at Estadio de Mestalla on Tuesday night will hope to increase his seven goals-tally against Metz in the Ligue 1 MatchDay 13 at the Stade Pierre-Mauroy on Saturday.
Loading...
latest football newsLatest Football News in NigeriaLatest Sports NewsLatest Sports News in NigeriaLigue 1PSGsportinglife.ngSuper Eagles

NFF has not sacked Manu Garba as Eaglets’ coach