Victor Osimhen’s Napoli are likely to be handed a 3-0 loss by the Italian league’s judge for failing to show up for their Serie A match at Juventus on Sunday night.

Napoli did not travel to Turin for the game after local health authorities ordered the squad into quarantine after two players tested positive for the coronavirus – midfielders Piotr Zielinski and Eljif Elmas.

Juventus followed its regular matchday routine on Sunday and arrived at the stadium for the scheduled 8:45 p.m. (1845 GMT) kickoff. In somewhat farcical scenes, several players walked out onto the field while a limited number of fans watched from the stands.

Juventus vs. Napoli has been abandoned.

It will not be known whether Juventus will be awarded a 3-0 win by default – or if the match has simply been postponed – until next week’s disciplinary commission, where Napoli will make its case.

”The sporting rules are clear and say that if a team does not show up, they face disciplinary sanctions,” Juventus president Andrea Agnelli said. ”The Sporting Judge will speak tomorrow, and based on his decision, there will be further reflections.

”It is evident that the fact that a team does not reach a stadium to play a planned match does not give a great image of Italian soccer, but we are provincial and we care little about what happens outside our borders, without considering the damage we do to soccer internationally.”

Awaiting the official decision from Serie A on the Juve – Napoli situation 👀 pic.twitter.com/hXT6AdxfoY

Vincenzo Spadafora, Italy’s sports minister, said he would also speak about the issue with the heads of the Italian soccer federation and the league, in two meetings already scheduled for Monday.

”The protocol proposed by the FIGC and validated by the Technical-Scientific Committee tried to make Italian soccer safe to allow the restart that everyone wanted,” Spadafora said Sunday. ”It’s clear however that the situation in general over the past few weeks has become even more complex, so much so that it hasn’t left even the world of soccer immune despite the rigid rules.

”I want to make a really clear appeal for the much more important interest of health to prevail over whatever other logic or vested interests.”

Napoli had requested that the match be postponed and club president Aurelio De Laurentiis had also contacted Juventus asking the same.

”He texted me a couple of days ago, asking me to postpone the match,” Agnelli said. ”My answer was that Juventus abides by the regulations.”

😳 According to reports, tonight's Juventus v Napoli match is officially 'on'…

🤔… despite Napoli not even making the trip to Turin.

👀 As it stands, Juventus will take to the field alone, and will be given the 3 points. pic.twitter.com/QOPU1uAtQI

The Italian league’s protocol for COVID cases is the same as UEFA rules. If a team has 13 available players, including at least one goalkeeper, the game can go ahead.

”In regards to Napoli’s official request the Lega Serie A clarifies that the current system of rules must guarantee the health of everybody, equal treatment for all clubs and the respect of the principals of sportsmanship,” read a statement by the league’s governing body.

”On that matter it is opportune to remember that the statement issued by Campania health authorities only asks fiduciary isolation for the close contacts of Piotr Zielinski. Therefore, in this case the FIGC protocol agreed with the Technical-Scientific Committee should be applied. The protocol provides certain and mandatory rules that allow league matches to go ahead even if there are positive cases in the group, fielding the players who tested negative through exams undergone within the time range given by the health authorities.” 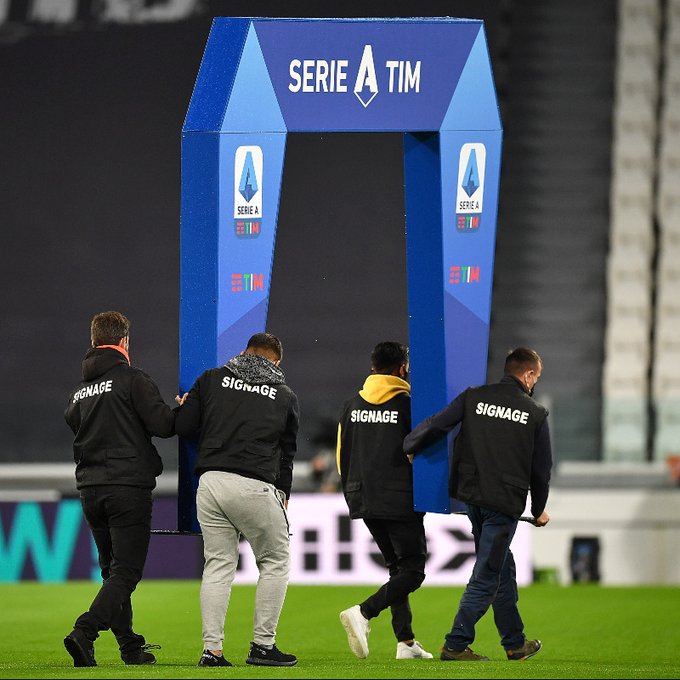 Genoa’s match at Torino on Saturday was postponed.

”The Lega Serie A did also approve a precise set of rules to adopt if there are several positive cases and that can lead to the postponement of the match only if there are specific conditions which, at the moment, don’t apply to Napoli’s case,” continued the governing body’s statement.

Premier League top-four finish would be a dream for Everton…