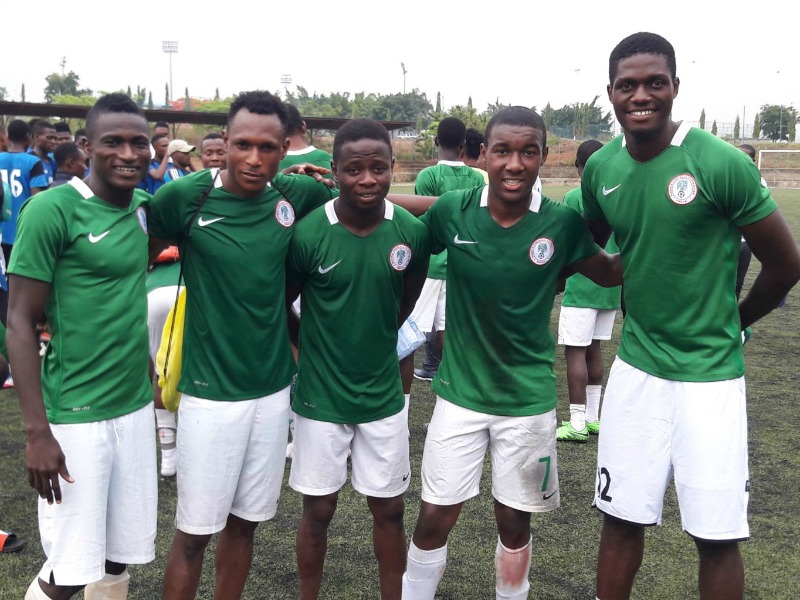 The 19-year-old Ozornwafor was one of the bright spots with the Flying Eagles during the U-20 African Cup of Nations in Niger and was subsequently drafted to train with the Super Eagles during the two recent international matches against Seychelles and Egypt.

“ I’m really happy working with Valentine Ozornwafor and I think very soon, he would join a top club in Europe,” explained OHN Consultancy CEO Igeola Nojeem who incidentally substituted as a liaison officer for the Nigeria FIFA U-17 World Cup-winning team in 2015.

“ My association with the Golden Eaglets during their Wold Cup campaign in Chile really opened my eyes to the demands of working with players and that is why it has been easy for me to earn the trust of players working with me.”

Speaking specifically about Ozornwafor, Nojeem said he has received offers from several European clubs for the services of the defender, adding the teenager would only be transferred to a club that can guarantee him regular matches.

“ Valentine is a good player and I believe he can play at any level if given the opportunity; we are looking at offers from Germany Denmark, Holland, Belgium and England but there is no need to rush over his transfer because we must ensure he goes to a place where he would enjoy playing time in order to help his international career as well” Noted Nojeem.

Meanwhile, Nojeem has discountenanced a purported move being made by some elements to pull away the defender from his stable, insisting he is the bonafide agency with mandate to sort out the future of the lad.

Read Also: Enyimba to face MFM without Ikouwem, two others

“ There is no iota of truth that Valentine has subsisting contract with another agency except OHN and we are working tirelessly to ensure that we get him a good club very soon,” he stated.

West Ham ask Arsenal, Crystal Palace for friendlies ahead of…

Liverpool beaten by Barca in the race to sign Brazilian…