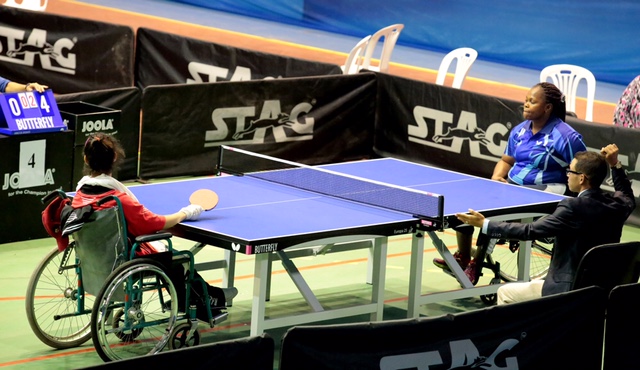 He said the medals comprised one gold, four silver and two bronze.

Oyebode, who missed the championship due to Visa delay, said Tajudeen Agunbiade and Victor Farinloye won gold in the class 10 teams event.

.’The silver medalist are Agunbiade in  class 9 singles, Nasiru Sule in class 5 singles and Farinloye  in class 8 men singles and Nasiru Ahmed in class four.

”The  bronze medalist are Ahmed Koleosho in the class 3 men singles and Faith Obiora in class five.

“I didn’t make the trip, but I was in constantly in touch with them and giving all the advice and guardian they needed.”

Oyebode commended the athletes’ performance, describing it as “good“.

“They won medals that I envisaged they will win. But the gold won  in team events came as a huge surprise to me.

“The gold only shows that they are indeed better than their opponents and they played their hearts out,” he said.

The coach expressed regret for his inability to make the trip due to delay in his visa, but said he was impressed with the athletes’ overall performance.