Serie A have named Juventus’ forward Paulo Dybala as the player of the 2019/20 season.

The Argentina international mustered 13 goals and 10 assists in Serie A, the Coppa Italia and Supercoppa Italiana during the last campaign.

The #SerieATIM 2019/2020 MVPs 🥇@PauDybala_JR is the top player. 🔥🔝
His pass completion rate is 50% for elevated difficulty passes. He goes straight for the opponent in 90% of offensive 1-on-1s and manages to overcome him in 80% of the cases. @juventusfc#WeAreCalcio pic.twitter.com/FKcDRQm6si

Unpredictability and talent: Kulusevski is the top Under 23 player. ⚡ ⚽
His vision for the game is complemented by his physical resistance, with his physical stress index often above 95%.#WeAreCalcio pic.twitter.com/IW37NLH4HF

Dybala has already won his fifth Series A title after eight seasons in Italy with Palermo and Juventus.

He picked up the baton from his teammate, Cristiano Ronaldo, who was awarded the MVP prize in 2018/19 campaign.

The #SerieATIM 2019/2020 MVPs 🥇@ciroimmobile is the top striker. ⚽ 🎯
He contributes to accelerating plays both with his individual ideas (offensive aggressiveness 97%) and by guiding his team mates with optimal movement (de-marking coefficient +90%).
#WeAreCalcio pic.twitter.com/EsIRSHVvs3

Genius and altruism: Papu Gomez is the top midfielder. 🔥 🔝 He's established 2 seasonal records: the monthly record of technical efficiency (almost 97%) and the percentage of completion for passes of the highest difficulty (70%). #WeAreCalcio pic.twitter.com/6NcUnNzHke

The #SerieATIM 2019/2020 MVPs.@Stefandevrij is the top defender.
His efficiency in pressing & defensive movements is among the top in Europe (>96%).
He's shown no drops in concentration and almost never makes mistakes on low difficulty level passes. @Inter_en#WeAreCalcio pic.twitter.com/cTgNMR3JwB 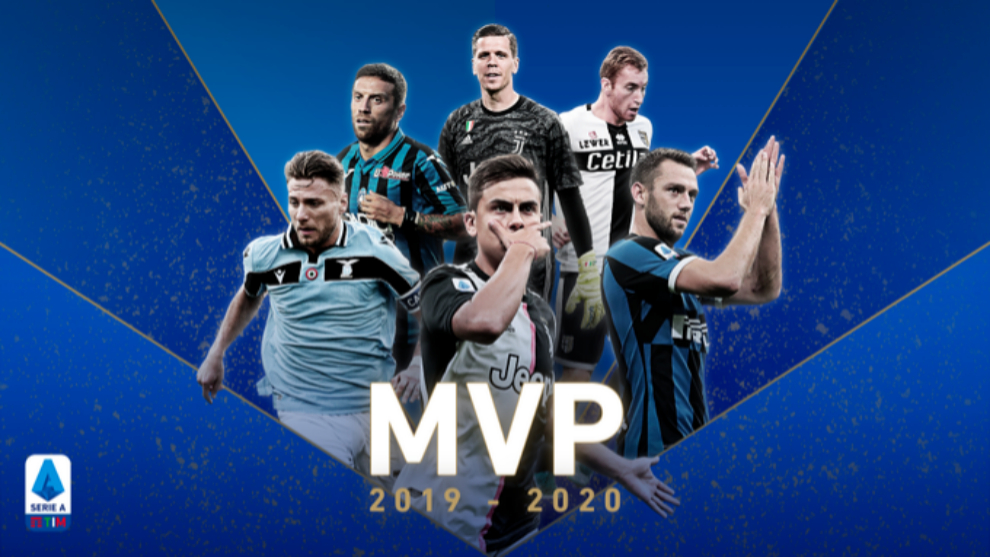 Interestingly, since the first Player of the Year prize in 1997 many great players, but few Argentines, have received it.

At the last count, only the trio of Diego Milito in 2010, Carlos Tevez in 2015 and Mauro Icardi in 2018 managed to be named players of the season in the past.