Real Madrid president Florentino Perez has admitted that he would “really like” to sign Eden Hazard from Chelsea this summer after years of trying. 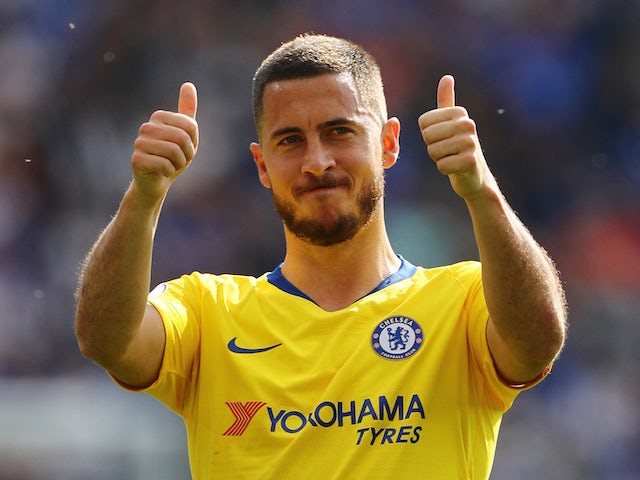 The Belgian forward hinted on Monday that his side’s Europa League final clash with Arsenal will be his final match for the Blues, amid strong links with a big-money switch to the Bernabeu.

Chelsea are reportedly ready to sell their prized asset to Madrid in the coming weeks if his nine-figure valuation is met.

Perez hopes that a deal can finally be agreed between the two clubs, telling Onda Cero: “We’ve been trying for a number of years to make Hazard a Real Madrid player, but we haven’t achieved it yet.

“I’d really like Hazard to come to Real Madrid and really hope he does. He is one of the best footballers in the world right now.”

Questioned about links to the likes of Atletico Madrid striker Antoine Griezmann and Paris Saint-Germain attackers Kylian Mbappe and Neymar, Perez said: “I haven’t spoken with [Zinedine] Zidane about Mbappe or Neymar, nor have I with anyone else.

“Nor have we spoken with Mbappe, nor will we. Last year we said we didn’t want them and this year is the same. If we want a player, we’ll speak to their club.

“Griezmann? I haven’t been offered him. I’m sure of that.”

Madrid finished third in La Liga this season and are rumoured to be prepared to spend upwards of £350m in the summer transfer window to strengthen their squad.