Super Falcons head coach, Thomas Dennerby believes  matches against high profile teams like Germany will always gauge the team’s performance after they crashed out of the FIFA Women’s World Cup in France. 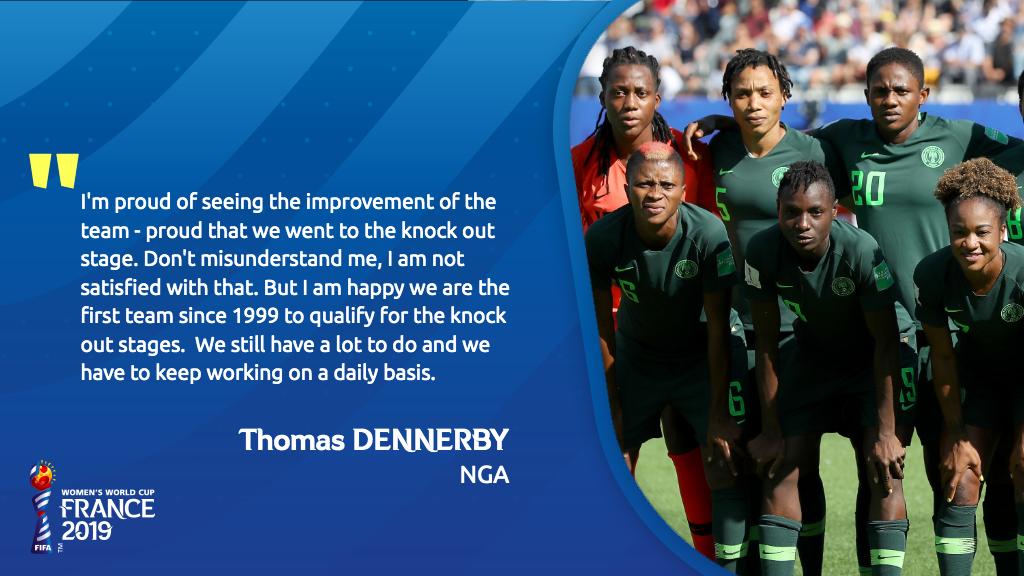 “It’s important to play high-level teams like Germany because the players can see that even the smallest mistakes get punished.

But despite taking a swipe at his players , Dennerby who was targeting a semi final ticket however revealed the team had improved after reaching the round of 16.

“I am proud of seeing the improvement -proud that we went to the knockout stage. Don’t misunderstand me. I am not satisfied with that. But l am happy that we are the first team since 1999 to qualify for the knockout stages,” he told the media after the match in Grenoble which ended 3-0 in favour of the Germans.

The Falcons had to wait till the last day of the group matches to know if they had qualified for the knockout stage.

Overall, they won one match against South Korea lost to Norway, France before bowing out to Germany.

They got a lot of support from the crowd at the Stade des Alpes in Grenoble who kept urging them on anytime they had the ball.

They would however hope that their performance would increase their global ranking when it is released by FIFA on July 12.