Two –time runners up Nigeria will go all out for the three points when they take to the pitch of the 15,300 –capacity Tychy Stadium against Qatar in the opening match of Group D of the 2019 FIFA U20 World Cup
finals on Friday evening, according to team captain Ikouwem Udoh Utin. 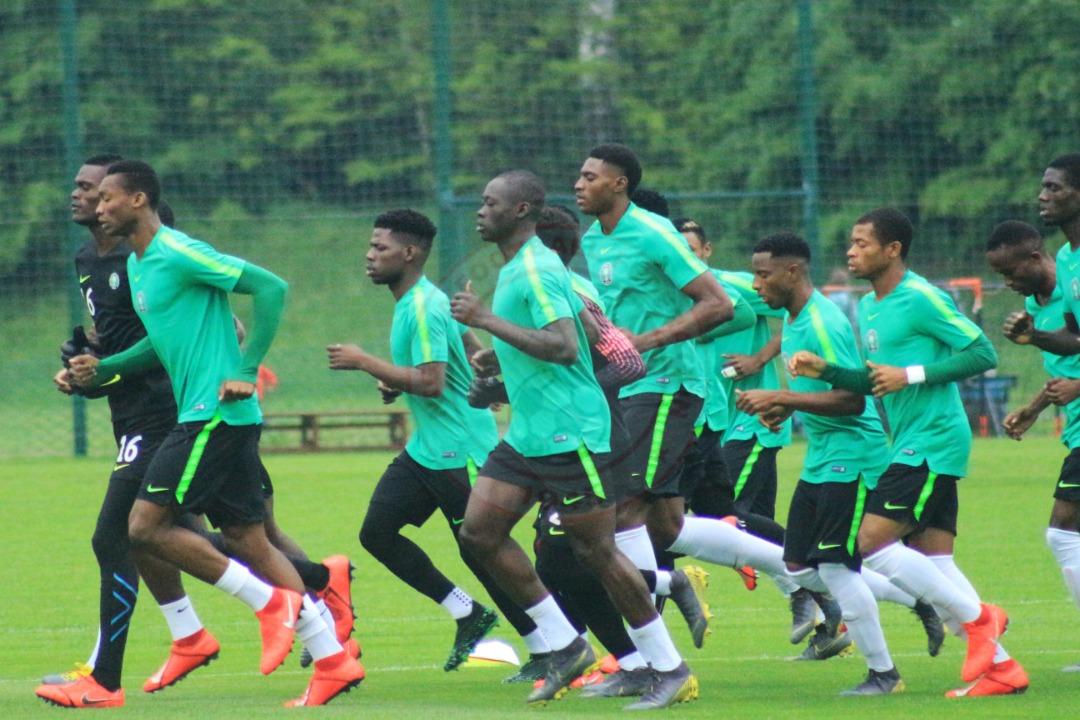 “It is a big match for us, like every other match in this competition. We know the importance of picking up the three points in our first match, which is why we are determined to go all out.

“Taking the first three points will help us plan our approach better for the remaining matches in the group phase, and also boost our confidence,” Utin said at the team’s Vienna House Hotel in Katowice on Thursday.

The team will leave their hotel in Katowice for the short drive to Tychy on Friday.

Coach Paul Aigbogun and his assistants have somewhat calibrated a new ensemble, leaving out half of the squad members from the Africa U20 Cup of Nations in Niger Republic in February, where the team earned the
ticket to Poland, and infusing a number of exciting talent in midfield and attacking realms.

While the choice for the number one shirt is between Detan Ogundare and Olawale Oremade (who was a custodian in Niger), Valentine Ozornwafor and Igoh Ogbu are likely to keep their spots in central defence. Captain Ikouwem Utin would be at left back while Jamil Muhammad could be at right back.

In the midfield, much attention will be on the England –based duo Nnamdi Ofoborh and Ayotomiwa Dele-Bashiru, as well as AC Perugia of Italy’s former junior international Kingsley Michael. In this sector also are home –based professionals Effiom Maxwell and Aniekeme Okon, who are rapid raiders on their day.

Dele-Bashiru, of England champions Manchester City has already been tipped by world football –ruling body, FIFA, as one of the players from whom much is expected in Poland.

At the fore, Nigeria has a cosmopolitan flavour with England –based Chinonso Emeka, Norway –based Jerome Adams, Czech Republic-based Tijani Muhammed, Sweden –based Henry Offia and home-based Success Makanjuola vying for available spots.

Aigbogun told thenff.com on Thursday that the group is aware of the pedigree of Nigeria at the FIFA U20 World Cup and cannot afford to under-perform.

“We have a tough history to match. Silver medals on two occasions and bronze medals once, and a number of quarterfinal appearances. That’s why we must start very well, by taking the points against Qatar and then march on with confidence and self-assurance.

“We are flying the flag of nearly 200 million Nigerians, as well as that of the African continent. We have put a lot of work into building a squad that will make Nigeria and Africa proud.”

Nigeria has a number of exciting moments at the FIFA U20 World Cup to her name.

The old Soviet Union won the first edition of the FIFA U20 World Cup (then known as FIFA World Youth Championship) in Tunisia in 1977. Six years later, Tarila Okoronwanta’s first-half goal condemned the old Soviet Union to defeat in Monterrey, Mexico in Nigeria’s first –ever match at the competition.

In 1985, Monday Odiaka scored after only 14 seconds against Canada in a group phase match, which remains a record. At the same tournament, reserve goalkeeper Christian Obi thwarted host nation Soviet Union in the penalty shoot-out of the third-place match to hand the bronze medals to Nigeria.