League Managers Association chief executive Richard Bevan has warned the Premier League season could be cancelled if clubs do not agree to playing at neutral venues. 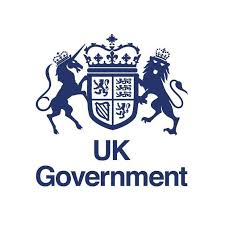 It is understood that top-flight clubs have been told the only way to complete the season is for the remaining 92 matches to be played at neutral venues.

Brighton’s chief executive Paul Barber, however, is among the football bosses to voice opposition to the idea of finishing the season at neutral venues.

But, asked if a vote against neutral venues would lead to the season’s cancellation, Bevan told BBC Radio 4’s Today programme: “Yes, I think that probably is correct.

“The Government, if they haven’t already, will be making it clear that home matches with densely populated stadia really puts into question whether social distancing rules can be adhered to and without doubt that will be on the voting next Monday with the clubs,” he added.

Bevan also insisted there was no suggestion players or managers were being coerced into a restart and that plans to ensure safety – including testing procedures – would be outlined to players and managers next week.

Bevan added: “Next week the medical and operational protocols are going to be presented to the managers and indeed the players.

“Hopefully there will be solutions that create this safe environment, in the meantime we’re staying very open-minded and as always the managers take their responsibility to the game very seriously on all these issues.”

Bevan said he was expecting to receive the protocols covering testing, tracking, personal protective equipment and guidelines of social distancing on Thursday ahead of the meeting next week.

A seven-page document, drawn up by the Premier League’s director of football Richard Garlick, talks about players wearing masks or snoods at training.

Bevan said there was no suggestion that managers would be involved in any coercion of players.

“They’re the voice and leaders of clubs and teams but they always demonstrate calm leadership and that’s what we need,” he said.

“Whatever the pressures, physical, psychological well-being of players, coaches and indeed all the personnel, that will come first and foremost.”

Medical officials from a number of sports governing bodies are meeting representatives from Public Health England on Wednesday, the second of the weekly meetings.

My father doubles as football fan and analyst-Fikayo Tomori