Only individual Premier League players who test positive for coronavirus will be quarantined rather than whole squads as plans for Project Restart gather pace.

According to the Telegraph, if a player does contract Covid-19 once the resumption of training has commenced then just that player and his family will go into isolation at their home.

This enforced quarantine will last for 14 days before they are allowed to join up with their team-mates again.

In a bid to be more thorough, around 35 players and members of staff will be tested twice a week.

The issue surrounding this topic has been raised among various bodies alongside the Premier League, such as the Government, but it is believed that Public Health England will have the final say.

Next week, the Premier League will be involved in a teleconference with the Professional Footballers’ Association and the players captain group where the protocols for the sport to return will be laid out.

The Premier League are pushing ahead with plans for ‘Project Restart’ with the aim for the top flight to resume on June 12 behind closed doors at neutral venues and with a long list of health and safety measures put place to safeguard player welfare. 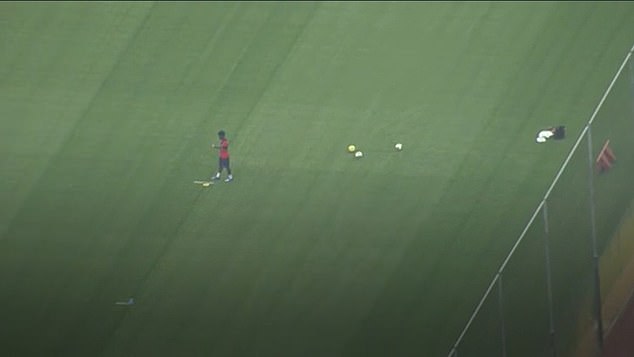 The question remains about what to do if a player tests once matches resume but the top-flight hopes this doesn’t mean the shutting down of the sport once again.

The Premier League does hope that once its imposed its strict hygiene measures that this will allay the fears of many players. With games not to start until mid-June they hope that by then the government has lifted some of its lockdown restrictions to help ease players’ mindsets too.