The Premier League resumed on Wednesday after a three-month hiatus, with players taking the knee at the start of a goalless draw between Aston Villa and Sheffield United overshadowed by a goalline controversy.

Coronavirus restrictions mean the 92 games remaining after the 100-day shutdown are being crammed into less than six weeks.

Defeat for Manchester City, who kicked off against Arsenal later on Wednesday, would leave Liverpool on the brink of their first English top-flight title for 30 years.

But Villa and Sheffield took centre stage to relaunch the English top-flight.

In front of a huge global audience, players and staff protested racial injustice for about 10 seconds in solidarity with worldwide protests following the death of American George Floyd while in police custody.

“In the first Premier League fixture of Project Restart both clubs hope that the act of ‘taking a knee’ will send a strong message of unity and amplify the many messages of support from Premier League players and the wider football family,” the clubs said in a statement.

Manchester City and Arsenal players also took a knee before kick-off at the Etihad. 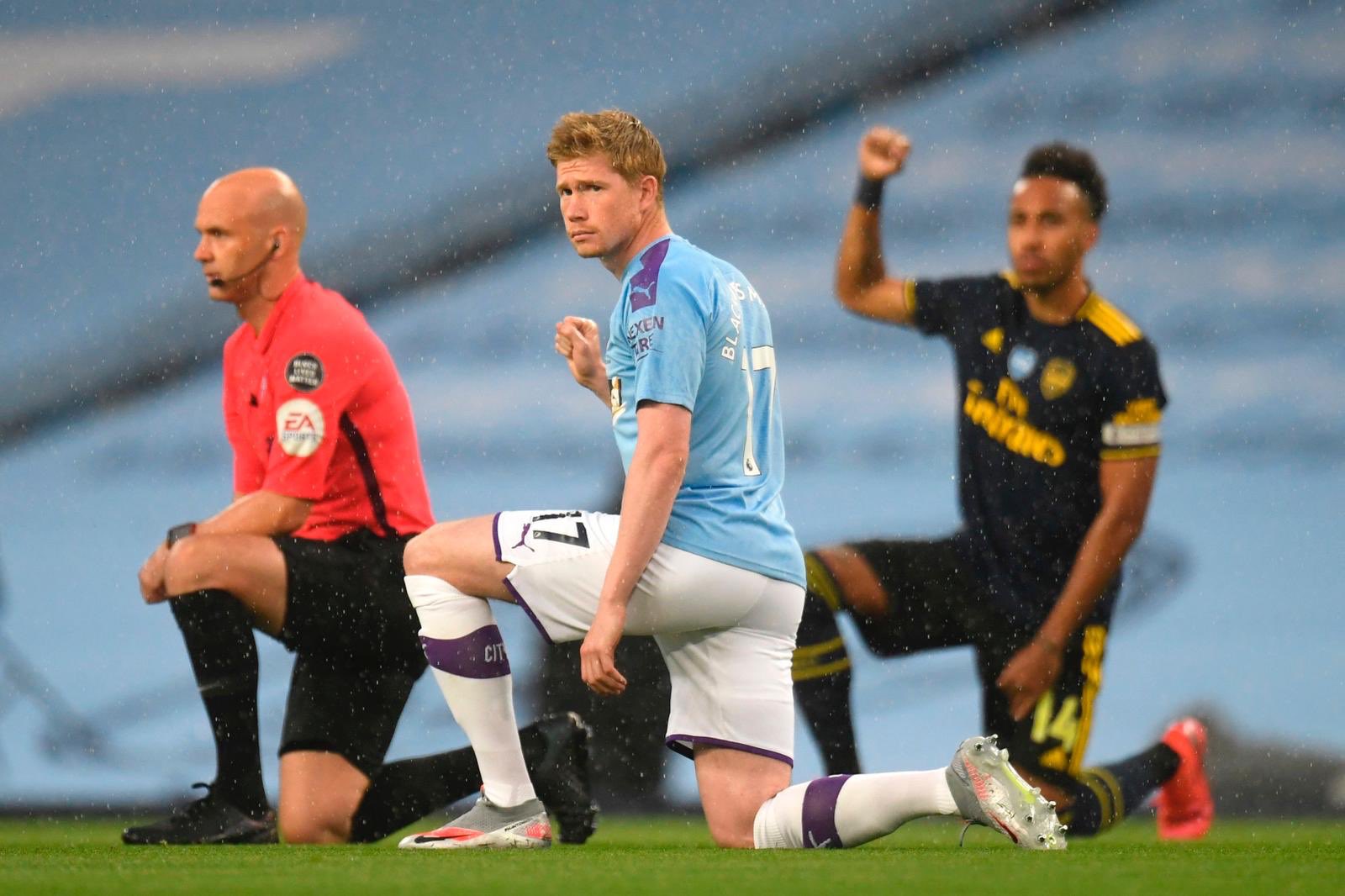 All players will wear Black Lives Matter (BLM) on the back of their shirts where names are normally printed for the first 12 matches of the restart.

A BLM logo will feature on shirts for the remainder of the season along with a badge thanking Britain’s health workers for their efforts during the COVID-19 pandemic.