Paris Saint-Germain boss Thomas Tuchel defended his 400 million euro strike force of Neymar and Kylian Mbappe after they were unable to find a way past Bayern Munich in their 1-0 Champions League final loss on Sunday.

However, they struggled to impose themselves on the German giants who have now won Europe’s top prize on six occasions.

Neymar, the world’s most expensive footballer, ended the night with a yellow card and in floods of tears.

“We want Neymar and Kylian to score but we can’t ask for it all the time,” said Tuchel.

“I am proud because ‘Ney’ still had a match with an incredible capacity, he showed his mentality.

“For Kylian it was difficult, he suffered a serious injury, missed a lot of training. It was a miracle that he was with us at all.”

Mbappe had a great chance to score but shot straight at goalkeeper Manuel Neuer just before half-time.

As it was, Kingsley Coman, for whom PSG was his boyhood club, grabbed the only goal in the second half.

“I am convinced that if we had scored the first goal, we’d win the game 1-0,” added Tuchel.

“I had the impression that the first goal would decide the fate of this final.” 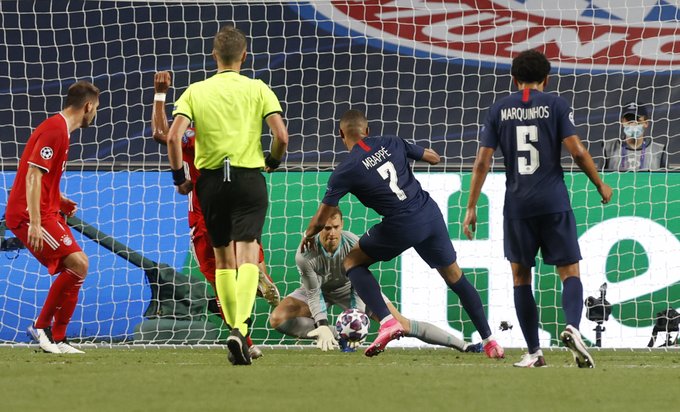 He added: “We have to keep this quality to continue on this road.”

But will he still be in charge when PSG open their new season in the coming week?

“I have a contract, I don’t know anything else.”

Pjanic: ‘Take nothing for granted’

Ndidi still on cloud nine after Leicester’s victory over Chelsea